Glaciers Are Crumbling in Southern Antarctica Faster Than Previously Thought

Multiple large glaciers that were previously not thought to be in danger of melting have been crumbling since 2009, according to a new study published in Science. Researchers have discovered that glaciers on the southern Antarctic Peninsula’s coastline have been steadily thinning over the past several years, with some dwindling by as much as 13 feet per year. The glaciers had not shrunk significantly before 2009.

The rate of melting makes the region “the second most important contributor to sea level rise in Antarctica,” lead study author Bret Wouters told NBC News. Overall, 80 trillion gallons of water were added to ocean by the Southern Antarctic Peninsula between 2009 and 2014. Continued melting could raise sea levels by another 14 inches. 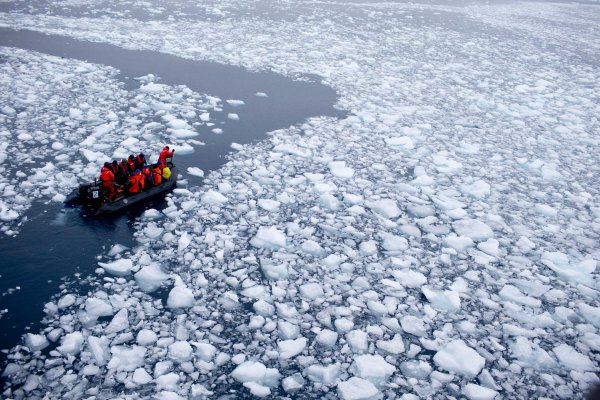 A Large Chunk of Antarctica May Disappear
Next Up: Editor's Pick