Kourtney Kardashian really wants to share her fish sticks with her sister, Kim. At least according to a bad lip reading of their conversation courtesy of Red Nose Day. Of course they weren’t the only members of the Keeping Up With the Kardashian crew saying strange things in the clip above.

“I put weird stuff in my ear,” “said” Bruce Jenner, according to the expert lip readers used in the video. “Like what?” asked Kris Jenner. “Like Doritos,” Bruce Jenner replied. “That’s where you put it,” Kris replied matter-of-factly.

It’s all good fun for a good cause. Specifically, Red Nose Day a fundraising event that just debuted in the United States, decades after it launched in the U.K. in 1985. The special, which aired on NBC on Thursday, also featured the likes of Julia Roberts, Will Ferrell, Jennifer Aniston, Reese Witherspoon, Jodie Foster, Jimmy Fallon, Neil Patrick Harris, Coldplay, Julianne Moore and the cast of Game of Thrones. And, of course, The Real Housewives. 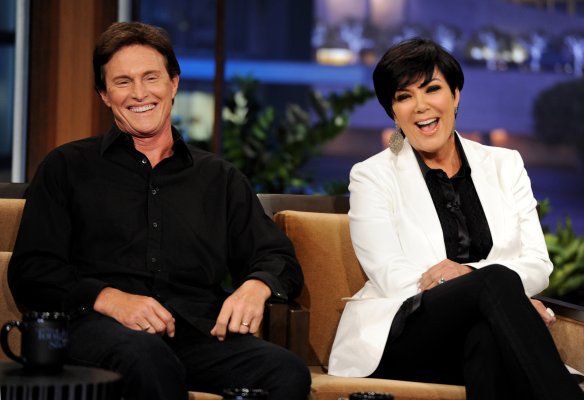