Who Are the Duggars? Meet the 19 Kids and Counting Family

Fans of TLC’s 19 Kids and Counting series were surprised Thursday when news broke that Josh Duggar admitted to having molested five girls when he was a teenager. The eldest son of the Duggar family promptly resigned from his position with the conservative Christian lobbying organization Family Research Council, noting that he regretted bringing the group “negative attention.”

But for those unfamiliar with the TLC program and the Duggar family, the news prompted a few questions about this unconventional clan.

So who are the Duggars?

The Duggars are an Arkansas family consisting, like the show’s title suggests, of 19 kids (and counting). The patriarch, Jim Bob Duggar, 49, and matriarch, Michelle Duggar, 48, have been married since 1984. They have 10 sons and nine daughters, several of whom are now married themselves. All 19 have names that begin with the letter “J”: Joshua, Jana and John-David (who are twins), Jill, Jessa, Jinger, Joseph, Josiah, Joy-Anna, Jedidiah and Jeremiah (also twins), Jason, James, Justin, Jackson, Johannah, Jennifer, Jordyn-Grace and Josie.

Why so many children?

Jim Bob and Michelle say they used birth control for a time when they first got married, then had Joshua, but went back on the pill after. Michelle nevertheless became pregnant, but miscarried. After that, they decided never to use birth control again, reinforcing their conservative Christian values. Their children are homeschooled, maintain modest dress and avoid sources of entertainment their parents deem inappropriate. When Jessa married in a recent special on the show, she and her husband shared their first kiss on their wedding day.

How do they look after all of them?

The family uses a “buddy system” in which an older child is assigned a younger child to look after, taking care of tasks like tying shoes, choosing outfits and helping out with homework.

What’s Josh’s role in the family?

Josh, 27, is the eldest son of the family. His wife Anna and their three children (all with “M” names) are featured on the show. Anna is pregnant again, with a baby girl who is due in July.

What’s next for the family?

TLC hasn’t yet issued a statement on the future of 19 Kids and Counting (the network previously pulled the plug on Here Comes Honey Boo Boo after the mother in that reality show rekindled a romance with a convicted child molester). Jim Bob and Michelle gave a statement to PEOPLE saying, “We pray that as people watch our lives they see that we are not a perfect family. We have challenges and struggles every day.”

Whether this development can be presented as a story of redemption for the Duggar family remains to be seen. 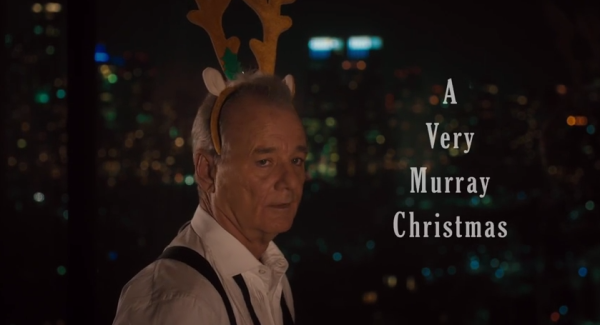 Watch Bill Murray in a Teaser for Netflix's A Very Murray Christmas
Next Up: Editor's Pick