Rumer Willis on Her Dancing with the Stars Win: 'I Had the Time of My Life'

DANCING WITH THE STARS - RUMER WILLIS AND VALENTIN CHMERKOVSKIY - The 10th anniversary celebrity cast of "Dancing with the Stars" is strapping on their ballroom shoes and getting ready for their first dance on MONDAY, MARCH 16 (8:00-10:01 p.m., ET) on the ABC Television Network. Rumer Willis is partnered with Valentin Chmerkovskiy. (ABC/Craig Sjodin)
Craig Sjodin—ABC
By Melissa Locker

After over three months of competition, Rumer Willis and Val Chmerkovskiy won Dancing with the Stars on Tuesday night, besting Noah Galloway and Riker Lynch for the victory. “It was incredible,” Chmerkovskiy tells TIME. It was his fourth time to the final round of the competitive reality show, but the first time he won the show’s gaudy Mirror Ball trophy. “I had been waiting for this moment for a very long time,” he says.

While Chmerkovskiy’s victory was a long time coming, one thing he wasn’t expecting was the actual weight of the trophy. “It’s pretty heavy,” says Willis. “We weighed it and it’s about 25 pounds!”

“It doesn’t sound like much, but in the middle of the celebration, they hand you this 25 pound rock,” Chmerkovskiy laughs. “I thought the trophy was going to be lighter. I had all these plans to wave it over my head, but no.”

As for where to store that heavy Mirror Ball, they have different approaches. “I haven’t found a great spot for it yet,” says Willis. “I’m treating my trophy like the Stanley Cup,” says Chmerkovskiy. “I’m taking it everywhere with me. All my friends are in New York, so I have it with me now on a trophy tour.”

As to how they won those trophies, they agree that it was all thanks to the fans. “We had a great group of fans who supported us from the beginning, and they are the reason we won,” says Willis. “They were out there every week voting for us and gathering support. It was awesome.” Willis’s Hollywood lineage and support system didn’t hurt in getting out the votes, either. Her parents—Bruce Willis and Demi Moore—were fixtures in the audience of the show and Willis’s friends like Miley Cyrus, Courtney Love, Zendaya, and even Moore’s ex, Ashton Kutcher, were all tweeting their support for the star during the course of the competition. After she won, so many people called and texted to congratulate her, her phone broke. “It just died,” laughs Willis. “I had to get it fixed in New York.”

While Willis was hesitant to comment on her famous friends, Chmerkovskiy thought it was great to have such well-known supporters. “For me it was incredible to experience that,” he says. “But to be completely honest, it was the anonymous fans, who aren’t famous, who spend their entire season making fan art, and voting for us—those people mean so much to us.”

After the rigors of the competition, the duo hasn’t had much of a chance to take some time off yet. “We had to get on a plane to New York and head straight to Good Morning America and The View,” says Willis. “Now I think we’re going to take a little break.”

The whirlwind of events means that the reality of having won—and the realization that the show and its time commitment are over—hasn’t quite set in yet. “It’s still a little hard to grasp it. It feels really surreal,” says Willis. “I don’t think people realize how unusual the whole process is,” says Chmerkovskiy. “You get together, strangers, and from that moment on you spend every single day together for the next three months. And then overnight, it’s over. It’s very surreal. It’s going to take time to adjust to regular life. I’m going on tour. My dancing doesn’t stop, but she’s taking a slow and steady descent from Dancing with the Stars.”

“Now that we’ve won, I can’t wait to do this tour,” says Chmerkovskiy. “The [Dancing with the Stars] tour is a great way to meet the fans. We have 60 shows in 40 cities and I’m really excited, because these are the people who supported me on the show and support the show in general.”

While Willis wants to focus on her singing—not dancing—career (she and Chmerkovskiy danced to her cover of Britney Spears’s “Toxic” during the finale), she says she loved her time on Dancing with the Stars. “I think the whole experience was really special. It’s an incredible journey. I don’t think you can describe what an intense and unique experience it is,” says Willis. “I had the time of my life.” 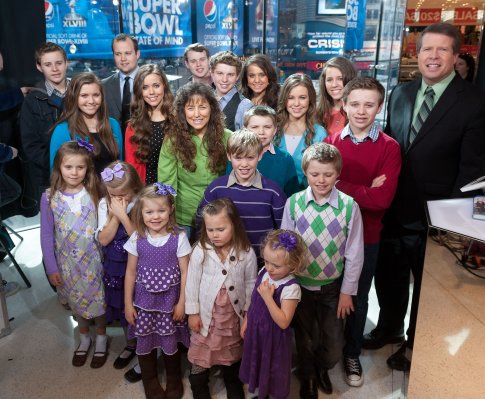 Who Are the Duggars? Meet the 19 Kids and Counting Family
Next Up: Editor's Pick