Some of our most powerful and lasting ideas about the world around us are learned at school. Hard work pays off. Success comes from working together. Girls’ bodies are dangerous and harassment is inevitable.

This might sound inflammatory, but it is not an exaggeration. It is the overriding message being sent to thousands of students around the world by sexist school dress codes and the way in which they are enforced.

In the past month alone a Canadian teen says she was given detention for wearing a full length maxi dress because it violated her school dress code by showing her shoulders and back and a UK school announced plans to ban skirts altogether.

These are just the most recent cases in an ever-growing list that has seen shoulders and knees become a battleground, leggings and yoga pants banned and girls in some cases reportedly told to flap their arms up and down while their attire was inspected, or asked to leave their proms because chaperones considered their dresses too ‘sexual’ or ‘provocative’.

Many schools respond to criticism of dress codes by citing the importance of maintaining a ‘distraction free’ learning environment, or of teaching young people about the importance of dressing appropriately for different occasions.

But at the Everyday Sexism Project, where people from around the world share their experiences of gender inequality, we have received over a hundred testimonies from girls and young women who are affected by the dress codes and feel a strong sense of injustice.

One such project entry read:

“I got dress coded at my school for wearing shorts. After I left the principal’s office with a detention I walked past another student wearing a shirt depicting two stick figures: the male holding down the females head in his crotch and saying ‘good girls swallow’. Teachers walked right past him and didn’t say a thing.”

Girls are repeatedly told the reason they have to cover up to avoid ‘distracting’ their male peers, or making male teachers ‘uncomfortable’…

“At my school our dress code dictates everything about a girls outfit: knee length shorts or skirts only, no cleavage, no bra straps, no tank tops. We can’t even wear flip flops, and girls will be given detentions and sent home for breaking any one of these rules. There’s no dress code for men, and the reasoning? Girls can’t dress “provacatively” [sic] because it could distract and excite the boys.”

I can’t help feeling there is a powerful irony in accusing a girl of being ‘provocative’ – in projecting that societal assumption onto her adolescent body – before she is even old enough to have learned how to correctly spell the word.

One student says she was given three specific reasons for the school dress code:

“1) There are male teachers and male sixth formers [high school seniors]
2) Teachers feel uncomfortable around bras etc.
3) Don’t want the boys to target you or intimidate you”.

This sends an incredibly powerful message. It teaches our children that girls’ bodies are dangerous, powerful and sexualised, and that boys are biologically programmed to objectify and harass them. It prepares them for college life, where as many as one in five women is sexually assaulted but society will blame and question and silence them, while perpetrators are rarely disciplined.

The problem is often compounded by a lack of any attempt to discipline boys for harassing behavior, which drives home the message that it is the victim’s responsibility to prevent. We have received thousands of testimonies from girls who have complained about being verbally harassed, touched, groped, chased, followed, licked, and assaulted at school, only to be told: “he just likes you”, or: “boys will be boys”. The hypocrisy is breath taking.

Meanwhile, the very act of teachers calling young girls out for their attire projects an adult sexual perception onto an outfit or body part that may not have been intended or perceived as such by the student herself. It can be disturbing and distressing for students to be perceived in this way and there is often a strong element of shame involved.

“I’ve been told by a teacher that the way I was wearing my socks made me look like a prostitute in my first year of school, making me 13, and I’ve been asked whether I’m ashamed of myself because I rolled my skirt up,” wrote one young woman.

“At age 10 I was pulled out of my fifth grade class for a few minutes for a ‘special health lesson’. As an early bloomer, I already had obvious breasts and was the tallest in my class. I thought they were giving me a paper about reproductive health that’s normally given to the 12 year old girls. Instead I was told to cover my body more because I was different.”

Other incidents have also seen boys banned from school for having hair ‘too long’ or wearing traditionally ‘feminine’ fashion, from skinny jeans to skirts. A transgender student said he was threatened with having his photo barred from the school yearbook simply because he chose to wear a tuxedo to prom. Black girls are more likely to be targeted for ‘unacceptable’ hairstyles. The parents of a 12-year old African American student said she was threatened with expulsion for refusing to cut her naturally styled hair. Her mother was told she violated school dress codes for being “a distraction”.

At this point it starts to feel like such ‘codes’ are less about protecting children and more about protecting strict social norms and hierarchies that refuse to tolerate difference or diversity.

This is a critical moment. The school dress code debate will be dismissed by many for being minor or unimportant, but it is not.

When a girl is taken out of class on a hot day for wearing a strappy top, because she is ‘distracting’ her male classmates, his education is prioritized over hers. When a school takes the decision to police female students’ bodies while turning a blind eye to boys’ behavior, it sets up a lifelong assumption that sexual violence is inevitable and victims are partially responsible. Students are being groomed to perpetuate the rape culture narrative that sits at the very heart of our society’s sexual violence crisis. It matters very much indeed. 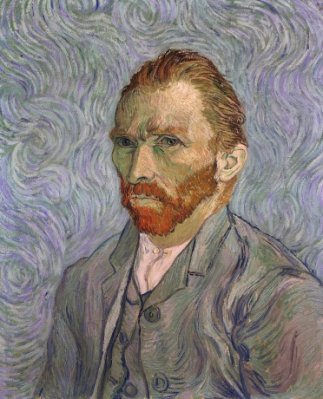 Vincent van Gogh on How to Live
Next Up: Editor's Pick