Best Buy pulled another rabbit out of its hat, this time in large part courtesy of Apple’s iPhone 6.

The retailer, which many analysts have written off as a relic destined to disappear, keeps coming back with strong results, somehow maintaining its appeal with shoppers who could easily buy its electronics on line.

Best Buy on Thursday reported U.S. comparable sales unexpectedly rose 0.6% in the quarter ended May 3, easily beating Wall Street forecasts for a 0.4% decline, according to Consensus Metrix, and helping it post a stronger than expected profit.

It’s not the first time that electronics retailer benefit from a runaway hit, of course, but Best Buy has in the last few years positioned itself to benefit better than most from such blockbuster products.

Best Buy also got some help from large TVs and its growing big appliance business (that it appears to be taking in part from Sears).

The retailer has been fighting back using the very thing people thought condemned it to obsolescence: its stores. The chain’s growth plan is anchored on focusing on top brands in electronics and giving them a lot more prominence in stores. In 2014, it opened showrooms within its stores to showcase case products by Sony and Samsung. It has also previously had shop-in-shops for products by Microsoft and Beats headphones. And it has done a stellar job of integrating its e-commerce and stores for services like in-store pickup for online orders. These are some of reasons hit products like the iPhone have helped Best Buy but not RadioShack or hhgregg.

This “is what has allowed us to consistently outperform the market,” Joly said.

The strong quarter follows a big rise in U.S. sales over the holiday season, belying the long held notion that Best Buy can’t keep up with the aggressive pricing of Amazon.com, Walmart and Target.

There was more good news from Best Buy: total company sales for the current quarter are set to decline less than Wall Street analysts expected (Best Buy is in the process of exiting China, and closing dozens of Canadian stores) because of what Chief Financial Officer Sharon McCollam called “a strengthening domestic consumer-electronics market.” 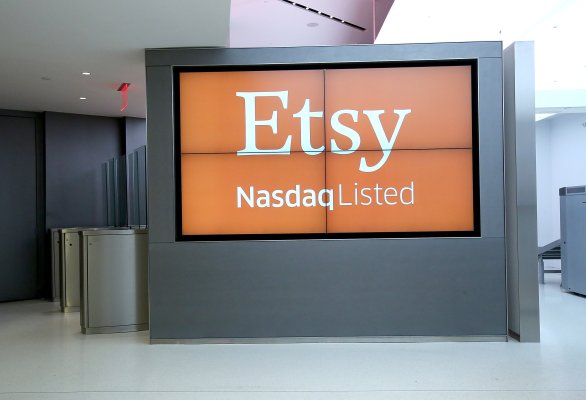