Here's What a Massive 5-Year Study of Ocean Life Reveals

The Tara ship at sea.
Courtesy of Sacha Bollet/Fonds Tara
By Justin Worland

In 2009, the research schooner Tara set sail on a three-year journey. The crew would be facing rough waters and the threat of pirates in the name of studying plankton—microscopic organisms that can serve as a proxy for the overall health of an ocean ecosystem. Now, five studies in the journal Science offer a new take on the state of the oceans, the largest ecosystem in the world, and one that’s under enormous strain.

“We provide the most complete description yet of the organisms together with their genetic repertoires,” said Chris Bowler, a scientific coordinator on the expedition, on a call with the media. “Thanks to the treasure in Tara‘s holds, life in the ocean is a little less murky than it was before.”

Plankton diversity was higher than anticipated. Differences in ocean temperature—as opposed to geography or some other environmental factor—seem to chiefly determine which kind of plankton survives, according to the study. Because plankton play an essential role in sustaining life on Earth by propping up the bottom of the food chain, rising temperatures could have grave implications for other sea life, in part because scientists don’t yet know how plankton overall will respond as ocean temperatures increase with global warming. In addition to their role as the primary food source for many fish and whales, plankton also provide half the oxygen produced on the planet each year through photosynthesis.

Viruses also play a role determining what species of ocean life survive in a given spot. Research identified more than 5,000 types of viruses in the upper ocean, only 39 of which had been known previously. Many of the viruses have spread around the ocean, meaning you’re likely to find a surprising diversity of viral life almost anywhere you look in the ocean.

“The most abundant and widespread viral populations in the oceans have yet to be characterized, but now we have an idea of what viruses are important targets for future investigations,” says Jennifer Brum, a researcher at the University of Arizona.

An editorial accompanying the issue draws further attention to climate change and its unknown impact on the ocean ecosystem. Oceans play an important role in protecting the ecosystem from global warming by absorbing the excess heat released due to greenhouse gas, according to the editorial. In the short term, oceans have yet to shown significant damage, but researchers fear that we may not know the true effects.

“Take a moment to thank the ocean for supplying half of your oxygen,” writes Science Editor-in-Chief Marcia McNutt in the editorial. “It is time to start valuing the ocean and stop using it as a dump for waste heat, CO2, sewage, pollutants, and other trash.”

Scientists once considered much of the vast oceans to be largely barren of life—seawater, and little less. The research from Tara underscores just how untrue that is—everywhere we look in the watery world, there is life of some kind. And the five studies released this week are just the beginning of what promises to be a trove of new research. Scientists on the expedition analyzed only 579 of 35,000 collected samples for this issue of Science. 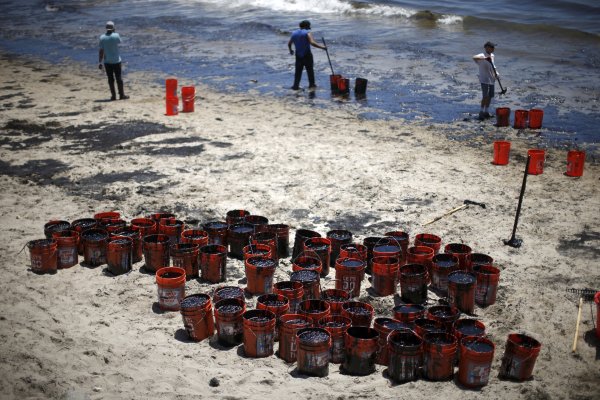 California Declares State of Emergency After Oil Spill
Next Up: Editor's Pick