The Pitch Perfect 2 soundtrack sings out at No. 1 on the Billboard 200 albums chart, as the set debuts atop the list. The album, which was released on May 12 through Universal Music Enterprises, moved 107,000 units in the week ending May 17, according to Nielsen Music.

Pitch Perfect 2 is the third soundtrack to reach No. 1 in 2015, following the companion albums from Fox TV’s Empire series and the theatrical film Furious 7. That’s the most No. 1 soundtracks in a calendar year since 2010, when three Glee albums topped the list.

Of Pitch Perfect 2’s launch, traditional album sales comprised 92,000 units, and the set also debuts at No. 1 on the Top Album Sales chart.

The Pitch Perfect 2 film and album follows the first movie and its corresponding soundtrack, which were released in 2012. The new film was released in theaters on May 15.

Pitch Perfect 2 earned $70.3 million at the U.S. and Canada box office in its debut weekend (May 15-17), according to Box Office Mojo — out-grossing the entire domestic run of the first Pitch Perfect ($65 million). The first film’s soundtrack peaked at No. 3 on the Billboard 200, and has sold 1.2 million copies.

The Pitch Perfect soundtrack spawned the fluke hit single “Cups,” performed by the star of both films, Anna Kendrick. The tune peaked at No. 6 on the Billboard Hot 100 chart and has sold 2.1 million downloads.

Three soundtracks — Pitch Perfect 2, Fifty Shades of Grey and Furious 7 — are in the top five. That’s the most soundtracks in the top five in a single week since the Sept. 8, 2007-dated chart, when High School Musical 2 was No. 1, Hannah Montana 2/Meet Miley Cyrus was No. 3, and Hairspray was No. 4.

This article originally appeared on Billboard.com. 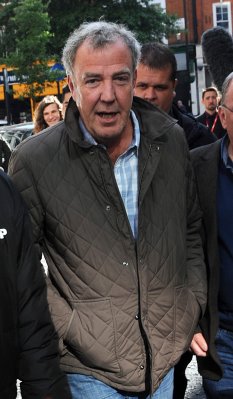 Jeremy Clarkson Says Being Fired From Top Gear Was 'My Own Silly Fault'
Next Up: Editor's Pick