Why a French Court Could Disrupt Facebook's Global Ambitions

In a case that could have far-reaching implications for U.S. tech companies, French lawyers were back in court on Thursday, arguing over whether Facebook could refuse a French teacher the right to post a famous French Romantic nude painting — raising again the crucial legal battle over how Internet users assert their rights against global companies whose headquarters are thousands of miles away.

The case has wound its way through the French courts for years. It began in 2011, when a French teacher (unnamed in the lawsuit) posted a photo on his Facebook page of the painting “l’Origine du Monde,” by the 19th-century artist Gustave Courbet, depicting a close-up view of a woman’s genitals. Facebook deactivated the teacher’s account, on the grounds that it violated the company’s policy forbidding users from posting naked or explicit material. The teacher sued the company for €20,000 (about $22,300) in damages, saying Facebook had failed to distinguish pornography from art; indeed, Courbet’s erotic painting is one of the most famous works in the Orsay Museum in Paris.

Last January, Facebook’s lawyer argued that its “Terms of Service” contract — that long block of text on which users click ‘agree’ when they set up accounts — clearly states that the company’s jurisdiction lies in California, and that France has no right to rule on its business decisions. But earlier this year the high court in Paris rejected the company’s argument, saying that the rule was “abusive,” since it violated French consumer-protection laws, by making it effectively impossible for French users to sue the company. Facebook has appealed that ruling. Thursday’s court was a largely procedural hearing, intended to set the timetable and parameters of the case.

The case might seem trivial of itself: It concerns only one person’s Facebook page, and a 150-year-old painting. But it could have impact beyond France, with the potential to challenge the business models of multibillion-dollar tech companies, which depend in good part on the ability to exercise wide control over users’ data and online activity.

With U.S. tech giants increasingly dominant in Europe, the legal wrangle, in the eyes of many, is a battle of wills over who ultimately will control the digital lives of the E.U.’s 500 million people — the world’s richest consumer market. The plaintiff’s lawyer Stéphane Cottineau called the ruling by Paris’s high court “a victory by David against Goliath.” He told TIME by phone this week that the notion that French Facebook users could not sue the company in their own country was “ridiculous.”

The French Facebook case comes as U.S. tech giants are already embroiled in long, expensive legal battles with different governments in Europe, and with the E.U. in Brussels. The list of cases is long, and growing: In 2013 the E.U. imposed a “right to be forgotten” law, allowing Europeans to demand that Google and other search engines delete information about themselves — a battle against which Google waged a fierce fight. Last year the French government forced Twitter to delete the anti-Semitic tweets of French users, which it said violated the country’s hate-speech laws. E.U. regulators charged Google last month with elbowing out its competitors on its shopping site, in a case that could result in hefty fines for the company. The regulators in Brussels are also considering laying charges against Android for noncompetitive practices for pushing Google apps on its smartphones, and they say they are investigating whether Apple, Amazon and Starbucks have engaged in tax avoidance, by stashing billions in profits in low-tax E.U. countries like the Netherlands and Luxembourg.

But in France, the current battle boils down to one essential question: Can a private company force its customers to abide by its rules, no matter what? That, say lawyers, is not clear, since Facebook’s terms of service might violate French laws, which state that customers are allowed to sue a company. “One of the rules says you cannot include a clause that prevents a person going to court easily,” says Laetitia Guillet, a French attorney with the U.S. law firm Keller and Heckman in Paris. Facebook argues that users freely create accounts, and click on ‘agree’ to its terms, including that its jurisdiction is in California. But, says Guillet, “Nobody reads the terms of service. Even though I am a lawyer, I have never read it.”
In fact, the issue of which governments global Internet companies obey is still deeply unclear. Companies fear that if its users, like the French teacher, win cases against them, it could require them to tailor-make their sites for each specific country’s laws — an expensive task even in the E.U., which has 28 member states. That makes the issue of jurisdiction key to many cases. “This question that is on everyone’s minds right now, not only for Facebook but also Google and Twitter, because all these entities have international scope and reach,” says Adam Holland, project coordinator for the Berkman Center for Internet and Society at Harvard Law School. “We don’t want to let local laws dictate global policy, because where will that end?” 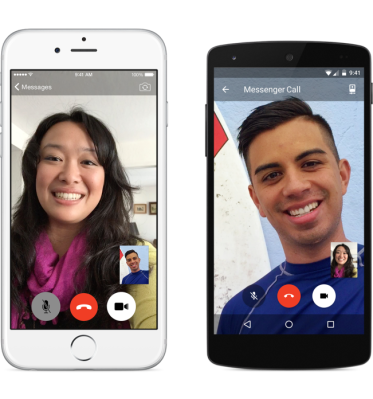 You Can Make Video Calls in Facebook's Mobile App Now
Next Up: Editor's Pick