Don Draper Wrote That Coke Ad, After All

By Ashley Lee / The Hollywood Reporter

The showrunner followed through on his promised “decompression” of the final episode with a discussion with novelist A.M. Homes on Wednesday at the New York Public Library. The chat marked his first (and likely only) interview to touch on Sunday’s series finale.

“I can’t believe this happened, and I’m so grateful we got to do it and we were allowed to end it how and when we wanted to,” he said. “I wanted it to feel that there was a vision and a point to the entire thing. … I’m so pleased that people enjoyed it and seemed to enjoy it exactly as it was intended. You can’t get a 100-percent approval rating, or you’ve done something dumb.”

The Hollywood Reporter recaps the most intriguing revelations from the discussion (among them candid thoughts about literature, therapy, Al Gore and Richard Nixon):

Yes, Don Draper created the Coke ad. The last scenes of the series features Don hugging a stranger at a retreat and meditating with hippies, before the episode cuts to the 1971 Coca-Cola “Hilltop” commercial, to infer that Don returns to McCann-Erickson and creates that ad. “I have never been clear, and I have always been able to live with ambiguities,” said Weiner. “In the abstract, I did think, why not end this show with the greatest commercial ever made? In terms of what it means to people and everything, I am not ambiguity for ambiguity’s sake. But it was nice to have your cake and eat it too, in terms of what is advertising, who is Don and what is that thing?”

That commercial shouldn’t be read cynically. “I did hear rumblings of people talking about the ad being corny. It’s a little bit disturbing to me, that cynicism. I’m not saying advertising’s not corny, but I’m saying that the people who find that ad corny, they’re probably experiencing a lot of life that way, and they’re missing out on something. Five years before that, black people and white people couldn’t even be in an ad together! And the idea that someone in an enlightened state might have created something that’s very pure — yeah, there’s soda in there with a good feeling, but that ad to me is the best ad ever made, and it comes from a very good place. … That ad in particular is so much of its time, so beautiful and, I don’t think, as — I don’t know what the word is — villainous as the snark of today.”

Leonard was “probably the most important role in the series.” The post-war period in which the beginning of the show is set, “the word ‘depressed’ was not part of the vocabulary except for doctors, and men certainly didn’t express their feelings other than in bar fights,” Weiner explained. In casting Evan Arnold, “I needed someone who’s not famous and can cry, and really do it. … We believe it right away that he’s invisible.” He played the role of the everyman, “even if they’re not veterans, the alienation that was created by success, political racial tension, the technology — which is I think what’s happening right now — the isolation, these guys, they’re gonna crack. … I don’t think there’s enough empathy right now in the world.”

That hug between Don and Leonard had two meanings. “I hope the audience would feel either that he was embracing a part of himself, or maybe them, and that they were heard. I don’t want to put it into words more than that. … I liked the idea where he’d come to this place, and it’d be about other people and a moment of recognition. I don’t think I can put it into words, but I knew.”

Don’s road trip was inspired by The Fugitive. “I thought, I want to see Don on his own. I want to do an episode of The Fugitive where Don comes into town and can be anyone,” Weiner said, pointing to the ’60s series. “That netherworld of being on the run — I don’t know about you, but I think everyone has dreams of committing a crime and being on the run. Am I the only one? I think it’s very common. You’re lying!” he told the audience with a smile.

Weiner knew the series’ ending while wrapping season four. It’s well known that Weiner disclosed Don’s inspired idea to Hamm early on, but he also knew Betty’s fate at that point too. “People die of cancer in the US. It’s up there. I knew very early on. Her mother had just died in the pilot, and I knew this woman wasn’t going to live long, and we love the idea of her realizing her purpose in life right when she ran out of time. … I think there’s a lesson to be learned about the randomness of things, and also she has some predisposition and some fairly seriously cancer-causing behavior.”

… but he didn’t know all the characters’ fates. “I didn’t know Peggy and Stan would end up together — that had to be proved to me,” he admitted. But he did ask David Chase about if Peggy would ever confess to Pete about the baby, and if it’d be difficult for her to then look at kids. “She will have a psychological scar,” Chase told Weiner, who then decided that Pete would stay in the dark.

Altogether, Joan’s arc surprised him most. “I thought Joan was gonna go through with that abortion,” he admitted. “I definitely didn’t think Joan would end up this single-mom feminist, looking for childcare. I love the fact that it’s not philosophical for her. I’m not demeaning the philosophy of feminism, I’m just saying this woman made a practical decision not to take any shit anymore. … She biologically loves work.” He’s thankful Christina Hendricks took the job, a move for which she was fired by her manager. “Representation can be very destructive. They’re good when it’s going well though.”

The finale involved “fights” behind the scenes. “We were fighting over money for the finale. I made them a billion dollars — AMC went public, a billion dollars — and for the most part, all the wounds had healed.” Among the discussions was the choice to shoot the Esalen-like retreat in Anderson Canyon. “Scott Hornbacher forced me to get into that fight with Lionsgate to shoot there. ‘We can’t shoot this in San Pedro, we can’t do this in Malibu even.’ … It was a very special place to end of the show.”

“Person to Person” has a personal meaning. The final episode’s title refers to the three phone calls Don has with the three women in his life — Sally, Betty and Peggy — but Weiner said it’s also about the phone itself. “A lot of the most important things in my life have happened to me over the phone,” he said, remember that before texting and voicemails, “It’s a dramatic situation almost every time when you answer the phone ­— if you answer the phone.”

Don’s affinity for strangers wasn’t clear to Weiner until recently. “I didn’t realize until the end that Don likes strangers. He likes seducing strangers. … You’re gonna walk down the side of the road, and now we know each other. And once he gets to know you, he doesn’t like you. It’s gonna turn once they feel exposed. That’s why he picked Megan over Faye. He just tells Peggy, just move forward — that’s his philosophy in life.”

Weiner is still wondering where those awards are. “The actors on Mad Men behave like real people, and it has not been in style. I’m not saying this because they haven’t won awards. I just see when I sit through these clips — the big screaming, bulging vein through the forehead, burst into tears, big speechifying, ‘I can barely’ hoarse voice — actors are voting on it! I’m confused by it. But I believe in a more naturalistic style of behavior, and it’s not that showy because I never wanted people to be pulled out of the show. I think a lot of people’s issues with pace could’ve been changed if the actors were screaming more.”

Weiner doesn’t necessarily want to create for binge-watchers. When asked about returning to TV in the future, Weiner said that if he were to with Netflix, for example, “I would try to convince them to let me roll them out so at least there was just some shared experience. I love the waiting; I love the marination. When you watch an entire season of a show in a day, you will definitely dream about it, but it’s not the same as walking around the whole week, saying, ‘God, Pete really pissed me off.’ And then at the end of the week, saying, ‘When he said he had nothing, that really hurt.’ I remember people saying that. You can reconsider it. And you see it pop up in your life. … I feel like you should be able to be as specific as you possibly can, and let that sit with people. I loved having the period in between the shows, and it probably is the end of it.”

However, “I do love the idea of pressing that button and getting it right away and getting as many as you can take.” 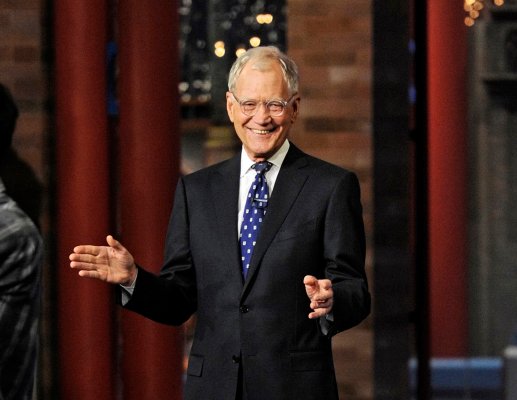