There’s a lot written about North Korea: reports on the country’s nuclear program, speculation about its leadership, and gossip about its dictator’s hair, height and weight. But parse the streams of text the country generates each week and you’ll notice a word conspicuously missing: peace.

Though the 1950–53 Korean War ended without a treaty, leaving the Korean Peninsula divided, the question of peace has faded from view. Exasperated by Pyongyang’s intransigence on nuclear issues, tired of its propagandists’ vitriol, the international community has, for the most part, disengaged. Young South Koreans are less and less interested in their hermit neighbor. The U.S. is all about isolation — and sanctions galore.

The deepening standoff is what inspired a group of 30 female activists, including feminist icon Gloria Steinem, to plan a walk for peace at the border. The plan is to set out on May 24 across the demilitarized zone, or DMZ (which, despite its name, is among the most militarized places on earth). They will walk from the north side to the south, they hope, a gesture meant to break the standoff — symbolically at least.

There are still questions as to whether the women will make it through. They say they’ve been granted permission from authorities on both sides to walk across on May 24, although they are not sure which crossing they will use. They told Reuters that they had yet to hear back from U.N. Command, which runs the Panmunjom crossing. (There are two others.)

While in North Korea, the group’s itinerary includes meeting North Korean women and touring a maternity ward and a factory. The point is to be present, listen and engage, Steinem told the Washington Post in a pre-departure interview. “There is no substitute for putting your bodies where your concerns are,” she said.

Not everybody agrees. In a Post editorial headlined “Empty Marching in North Korea,” Abraham Cooper of Simon Wiesenthal Center, and Greg Scarlatoiu of the Committee for Human Rights in North Korea, blast Steinem and her colleagues for giving North Korea a chance to engage in “human rights theater intended to cover up its death camps and crimes against humanity.”

Responding to an item in TIME about the march, North Korean exile Shin Dong-hyuk (more on him here) also blasted the women for “smiling” at Kim Jong Un’s “evil” face. “How can they so easily find the ability to be comfortable with smiles on their faces to this dictator when so many are suffering at his hands?” we writes on his Facebook page. He wonders, he says, “if these people know the meaning of peace.”

While Cooper, Scarlatoiu and Shin are right to put the spotlight on North Korea’s appalling rights record, it’s quite the leap to say these veteran activists are ignoring it. “We have no illusions that our walk can basically erase the conflict that has endured for seven decades,” Christine Ahn, the Korean-American coordinator, told the press.

The group is pushing for empathy — not for the regime but for those suffering under it. They want to make us care about North Korea by showing us that North Koreans are people, not Hollywood caricatures. Yes, Kim Jong Un could spin this as good press. But surely outside observers will realize that a visit by peace campaigners is not an endorsement of his death camps.

The world needs to stand up to North Korea. Its record on human rights is appalling, its leader cruel. But the current strategy — isolation, condemnation and mockery — is not working. As such, it’s hard to condemn a walk for peace. 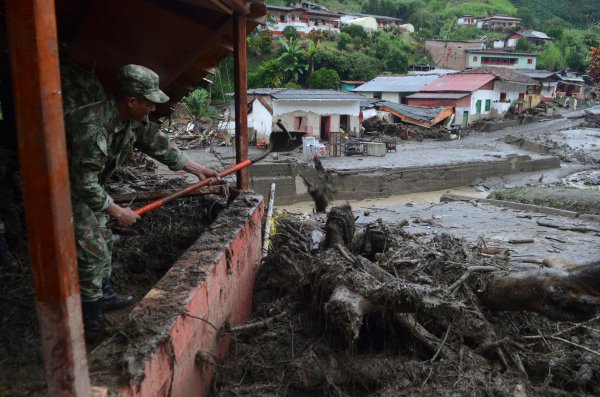