Would he leave us laughing or crying?

The David Letterman who crashed late night on NBC in 1982 was hilarious, but not exactly the sentimental type. (A 1986 Viewer Mail segment ended with him being dragged off by the cops for indecency after trying to refute a viewer who said “you don’t have a romantic bone in your body.”) In his later CBS years, he learned to open up—about his heart surgery, 9/11, becoming a father. But there was always that reserve, that distance, that resistance to being self-serious.

So Wednesday night, his last as a TV host after three and a half decades, the man who introduced TV to a new kind of comedy show left us with … a comedy show. Letterman’s last Late Show was nostalgic but not maudlin, gracious but not mournful, valedictory but not a eulogy. Letterman’s last minutes behind the desk were as heavy on the laughs as on the thank-yous, an hour-plus of an entertainer being an entertainer and enjoying it. It was true to Dave, it was fun and it was terrific.

And why not? Letterman was leaving on his own timetable, not being defenestrated by the network. He remade his art and his business. He got to spend more than three decades of his career doing more or less what the hell he wanted on national TV and left widely acknowledged as the best at what he did (whatever his ratings). Sure, goodbye is sad, but then again—as he said in sheepishly acknowledging the effusive, lugubrious praise of the past weeks—”Save a little for my funeral.”

So the night kicked off with typical self-effacement, as well as by-special-celebrity-guests-effacement. After a clip of President Gerald Ford saying (after Nixon’s resignation) “Our long national nightmare is over,” Presidents George H.W. Bush, Bill Clinton, George W. Bush and Barack Obama repeated the line at Letterman.

He took the stage with a brisk monologue including one last joke at the disappointment he could never stop picking at: “It’s beginning to look like I’m not going to get the Tonight Show!” Stephen Hawking, he said, called to say he’d crunched the numbers on Letterman’s more than 6,000 shows and said, “it works out to about eight minutes of laughter.” And the night’s classic-quality Top Ten list (Things I’ve Always Wanted to Say to Dave), delivered by frequent guests, was like a mini-celebrity roast, with Julia Louis-Dreyfus, in the presence of Jerry Seinfeld, saying, “Thanks for letting me take part in another hugely disappointing series finale!”

Trust Letterman to deflate showbiz hyperbole and cheerfully let some of the air out of the own celebratory float we’ve been parading around for him. The bulk of the middle of the show was a look back at his career, but it felt less like an In Memoriam than a highlight reel assembled by a man who was simply damn proud of the work he and his crew had done.

The sweetest of the prepared reels was devoted to a day behind the scenes at Late Show: polishing and pitching jokes, riffing one-liners over White House Correspondents Dinner footage, dealing with the million small details of the daily production. What came across wasn’t grieving but pride in the machine that Worldwide Pants had built over the years, and the comedy force that began with Letterman and Merrill Markoe’s bizarrely brilliant daytime show in 1980 (generously highlighted in the clip reels).

At one point in the backstage film, the camera stopped on Paul Shaffer, with a droll observation about what it’s like to be the boss: “There’s a parade of people coming and they all say the same thing: ‘Dave, I know you hate this.’ And then they go on to do what he hates.”

It was in the last segment, as the episode ran into overtime, that Letterman unleashed his emotion, settling in for one of the “desk talks” that have been the highlights of his second great period at CBS. But characteristically, his sentiment was fond, not wistful.

He remembered touring the Ed Sullivan Theater before moving to CBS: “It was a dump… crawling with rats—big rats.” He thanked CBS President Les Moonves and Biff Henderson, the gang in the control room—”Let’s keep it to three drinks tonight!”—and his writers. He thanked, of course, Paul and the band. And he thanked—with the kind of personal touch he’s been showing in his later days—his son Harry and his wife Regina, while giving a shout-out to Harry’s friend Tommy. (The closing image of the show was a home video of Harry skiing.)

Were his eyes a touch pink? Maybe, but his voice was steady. He seemed to feel good—in the zone—knowing, maybe, that he’d just put on a good hour of TV. His last minutes on the air were like his favorite song, “Everlong,” which the Foo Fighters played over hundreds of stills from Letterman history: emotional but driving, ever letting up, hurtling forward to the end. Until simply, steadily, honestly: “All right, that’s pretty much all I got. The only thing I have left to do, for the last time on a television program: Thank you and good night.”

David Letterman, our host, our comedy uncle, our after-hours pal, delivered the laughs one more time. I would have to supply the tears myself. Sorry, Dave. I know you hate this. 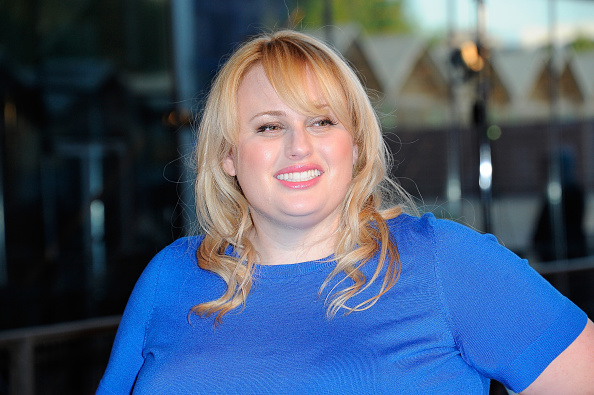