The Low-Profile Pair Who Conquered Everest

They became heroes for summiting the world’s highest peak, but Edmund Hillary and Tenzing Norgay were also, by all accounts, two of the world’s most down-to-earth people.

When Hillary, a New Zealand beekeeper, and Norgay, a Nepali Sherpa mountaineer, reached the top of Mount Everest on this day, May 29, in 1953, they were the first known climbers to have done so — or at least to have managed to make the return trip. British schoolteacher George Leigh Mallory had attempted the ascent nearly 30 years earlier but disappeared, with his climbing partner, after they were last seen just 800 ft. shy of the peak. Mallory’s frozen body was discovered on the mountain in 1999, along with some clues that he might have reached the summit before dying.

Hillary was unperturbed by the possibility that Mallory might have gotten there first. “Getting to the bottom is an important part too,” he quipped.

Hillary and Norgay made it to the top — and back to the bottom — thanks in part to their ego-free camaraderie and seamless teamwork, according to the Welsh writer Jan Morris, who accompanied the 1953 British Everest Expedition, which supported the pair on their quest for the summit.

Morris described them as an odd couple who worked perfectly together. In 1999, when they were named, together, among TIME’s 100 most influential people of the 20th century, she wrote:

After the expedition brought them worldwide fame, the pair collaborated for years on another project: helping improve the lives of the Sherpas. Hillary founded the nonprofit Himalayan Trust, which built airfields, schools, and hospitals throughout Nepal and promoted awareness of the plight of the Sherpa people.

According to the BBC, Hillary was uncomfortable in the spotlight, which he avoided as much as he could. He even turned down an invitation from the Queen of England to celebrate the 50th anniversary of the ascent, traveling instead to Kathmandu to reminisce with lifelong Sherpa friends.

Summiting in 1953 had, after all, been a quiet, somber moment, alone with Norgay. When they reached the top, Hillary placed a small cross in the snow and Norgay left a Buddhist offering of chocolates. Hillary took a picture of Norgay posing at the peak with his ice ax, but he didn’t ask Norgay to take one of him.

Hillary was honored with knighthood for his accomplishment, an achievement learned about on a remote mountain pass halfway to Kathmandu. His beard was long and his clothes were ragged when a Sherpa handed him a piece of mail addressed to “Sir Edmund Hillary, K.B.E.”

“You have heard how your whole life is supposed to pass before your eyes at these times,” he later recalled, per TIME. “Well, I could see myself walking down Broadway, Papakura [in New Zealand], in my tattered overalls and the seat out of my pants, and I thought, ‘That is gone forever. I will have to buy a new pair of overalls now.’ ” 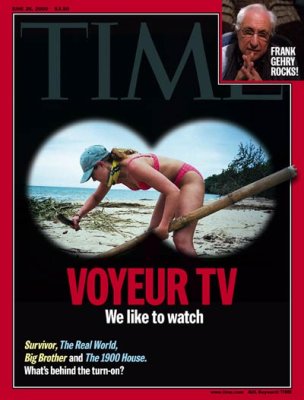 How Survivor, at 15, Still Sets the Pace for Reality TV
Next Up: Editor's Pick