Those incensed by the fictional rape of Sansa Stark on Game of Thrones Sunday night include not only critics and ordinary viewers speaking out in social media, but at least one national politician: Senator Claire McCaskill, a Democrat from Missouri, slammed it as “disgusting” and “unacceptable” and said she was “done” with the show. The feminist “geek culture” website The Mary Sue also declared Sansa’s rape the last straw and pulled the plug on Game of Thrones promotion.

This is the latest in a series of controversies over the treatment of female characters onscreen. Television and film director Joss Whedon recently left Twitter after a furious backlash against the portrayal of action heroine Natasha “The Black Widow” Romanoff in the latest Avengers movie (while Whedon denied that his departure was related to the attacks, its timing seemed more than coincidence). Gender issues in popular culture are a valid topic of discussion, and feminist discourse can be a corrective to sexist cultural clichés; but when such discourse becomes one-sided and driven by knee-jerk outrage, it can turn into an ideological diktat that is bad for art and bad for gender fairness.

The Sansa rape backlash is particularly odd for several reasons, including the insistence on a dichotomy between the “good” books on which the show is based—A Song of Ice and Fire, the multivolume epic by George R.R. Martin that has acquired a “cool” cachet in progressive circles—and the “bad” HBO show, said to have perverted the books into a misogyny-fest. In fact, the books have received their share of feminist criticism for their extremely high sexual violence quotient, despite having a large array of important, interesting, active female characters.

True, Sansa’s wedding-night rape by ultravillain Ramsay Bolton does not happen in the novels, where Sansa’s storyline unfolds quite differently and Ramsay’s wretched wife is Sansa’s ex-friend Jeyne, a steward’s daughter passed off to the Boltons as Sansa’s sister Arya. But the sadism visited on Jeyne in the fifth book of Martin’s series, A Dance with Dragons, was far more graphic than Sansa’s rape in the episode. What’s more, while Sansa’s ordeal is the focus of drama on the show, the book’s Jeyne was a minor figure whose sexual torture was important solely for its impact on a male character—Ramsay’s debased captive Theon Greyjoy.

The books have other elements that some readers see as tinged with misogyny: repeated rape threats and sexually humiliating comments directed at female knight Brienne of Tarth (minimized on the show); a scene in which an emotionally wrecked Tyrion Lannister—unlike Ramsay, a sympathetic protagonist—has an abusive sexual encounter with a prostitute. (The show’s Tyrion refuses a prostitute’s services.)

Meanwhile, the HBO version ups the books’ sexual sadism toward male characters. Theon’s emasculation by Ramsay was only hinted at in A Dance with Dragons. On the show, it happened practically onscreen—and was preceded by a scene in which Theon was sexually coerced by two female minions of Ramsay’s (after a near-rape by male Bolton soldiers). In another made-for-TV addition in Season 3, a young male character, Gendry, was sexually assaulted by creepy priestess Melisandre—and no one complained.

The contrast between the outrage on behalf of female victims and the blasé attitude toward violence (even sexual violence) toward males ironically replicates a quintessentially patriarchal trope: the assumption that women are fragile creatures who deserve special protection and greater sympathy if they are mistreated.

Other recent blow-ups over alleged creative sins against female characters have been even more misguided. The backlash against Whedon was sparked by a scene in The Avengers in which Natasha told Bruce Banner (the Hulk) about her anguish over being involuntarily sterilized during her training as an super-assassin by a Russian spy agency. Since the dialogue had Natasha telling the Hulk, “You’re not the only monster on the team,” this was interpreted as implying that infertile women are monsters. Whedon was also skewered for supposedly suggesting that motherhood is a woman’s only true calling, and a woman incapable of childbearing, no matter how heroic, will never feel complete. (Never mind that, as some viewers pointed out, Bruce seemed to be more devastated than Natasha by his own inability to have kids.) The Twitter response included death threats and charges of misogyny.

And sometimes, it seems that female characters’ storylines are a no-win proposition. The Mad Men finale was assailed as a “betrayal” of one of the show’s main female characters, Peggy Olson—who rises from humble secretary to successful copywriter and advertising industry rising star—because, after a series of romantic failures, she unexpectedly finds love with co-worker Stan Rizzo. “She shouldn’t need a man to make her feel whole,” carped one critic. Of course, had Peggy been single at the end of the series, someone would have criticized the Mad Men crew for sending the message that the price of career success for a woman is ending up alone.

Should we disregard sexism in entertainment? No, of course not. But awareness should not turn into obsessive hyper-vigilance, or selective (that is, sexist) concern with the pain and suffering of female characters. On a related note, we should be able to criticize the trend toward over-the-top sexploitation and grisly violence on cable TV—and the unfortunate tendency to equate such fare with “adult” storytelling—without turning it into an issue of men versus women.

Each of us can choose to stop watching if we find the violence too exploitative, sadistic, or dehumanizing. (For what it’s worth, I know people who stopped reading A Song of Ice and Fire for that very reason—a choice I respect, even if I haven’t made it for myself.) But let’s go easy on outrage campaigns and blanket condemnations. For all its flaws, Game of Thrones has greatly enriched our gallery of memorable television heroines. I’m willing to stick around and see where the story takes them. 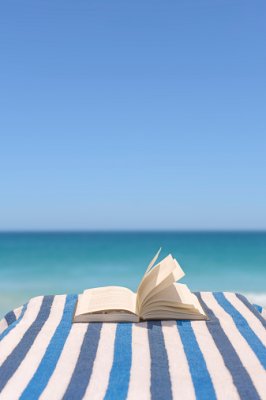 Brilliant and Brainy Books to Take to the Beach This Summer
Next Up: Editor's Pick