Why This Red State Is Poised to End the Death Penalty

Nebraska Gov. Pete Ricketts is seen through bars during a tour of the Tecumseh State Correctional Institution in Tecumseh, Neb., on May 19, 2015.
Nati Harnik—AP
By Alex Altman

As a college student in the mid-1990s, Colby Coash attended an execution at the Nebraska State Penitentiary in Lincoln. Two groups gathered to bear witness. On one side were death-penalty opponents, who prayed quietly. On the other side, the atmosphere was festive.

“It was like a tailgate party,” Coash recalls, replete with a band and barbecue, and locals banging on pots and pans. As the minutes ticked toward midnight and the condemned was strapped into the electric chair, the crowd drank beer and counted down “like it was New Year’s Eve,” says Coash, who supported the death penalty at the time. “Later, it didn’t feel right. I didn’t like how it felt to be a part of the celebration of somebody’s death.”

Coash now serves in Lincoln as a state senator, and on Wednesday he was among a cadre of conservatives who voted to abolish the death penalty in Nebraska. If the measure becomes law, Nebraska would become the first red state to ban capital punishment since North Dakota in 1973.

Gov. Pete Ricketts, a Republican who supports the death penalty, has threatened to veto the bill. But Wednesday’s 32-15 margin in the Nebraska legislature indicates supporters have the votes to override such a move. Ricketts has five days to sign or veto the measure before it automatically becomes law.

The landmark vote was a reflection of the shifting politics of criminal justice. For decades, law-and-order conservatives have been staunch proponents of capital punishment. But in recent years, a growing number of Republicans have begun to oppose the death penalty, arguing it violates the central tenets of conservatism.

“It does things that are cardinal sins for conservatives,” says Marc Hyden, a former NRA staffer from Georgia who serves as coordinator of a national group called Conservatives Concerned About the Death Penalty. “It risks innocent life. It wastes taxpayer money when there’s cheaper alternatives, and fails to be representative of a limited government—while it meanwhile fails to deter crime.”

Overall, Americans’ support for the death penalty is relatively stable, according to a 2015 Gallup poll that found 63% of respondents favored capital punishment for convicted murderers. But among conservatives, support for the practice appears to be dropping, though it remains high. In 2014, Gallup found that 76% of Republicans supported the death penalty, down from 81% the year before. Says Hyden: “It’s just a broken government program that conservatives are speaking out against in greater numbers nationally.”

Eighteen states have banned the death penalty, mostly in the Northeast and Upper Midwest. Nebraska might seem an unlikely candidate to join them. The state is a conservative stronghold, and while its unicameral legislature is officially nonpartisan, 36 of its 49 seats are held by Republicans.

But the Cornhusker State has been down this road before. In 1979, a bill banning capital punishment passed the legislature before it was vetoed by the governor. Though Nebraska has 11 inmates on death row, no one has been executed in the state since 1997. In 2013 some observers believed there were enough votes to pass such a measure, though not enough to override a veto. The current legislature had voted twice already to abolish the death penalty.

In preparation for the push, opponents of the death penalty lobbied lawmakers extensively, circulating studies that show the practice is ineffective as a deterrent to crime and enlisting the family members of murder victims to testify about how the endless appeals process compounded their grief.

Stacy Anderson, a conservative Christian and former Republican operative who directs a group called Nebraskans for Alternatives to the Death Penalty, said the unique nature of the state legislature—the only nonpartisan, unicameral legislature in the U.S.—helped break down traditional partisan lines. “It’s a very cordial, small body,” Anderson says. “They engage the issues far beyond the regular political rhetoric.”

Some conservatives originally ducked meetings on the topic, Anderson added. Over time, a number came to change their minds. “They learned how much it cost, the risk of executing innocents, how it didn’t align with pro-life values,” she says.

Death penalty opponents hope Nebraska’s vote will be the beginning of a trend. A push to abolish capital punishment in conservative Montana fell one vote short earlier this year. Anti-death penalty legislation has also been introduced in Kansas.

Before the vote Wednesday, Ricketts released a statement urging lawmakers to listen to their constituents. “No one has traveled the state more than I have in the past 18 months, and everywhere I go there is overwhelming support for keeping the death penalty in Nebraska,” he said, calling a vote to abolish the death penalty a vote to “give our state’s most heinous criminals more lenient sentences. This isn’t rhetoric. This is reality.”

For Coash, that’s precisely the point. “People sent me here to Lincoln to find and root out government waste,” he says. In addition to the expense, he came to believe that the protracted appeals process prevented the families of victims from achieving closure. “Justice delayed is justice denied,” he says. And “I’m a pro-life guy. I couldn’t reconcile my pro-life beliefs regarding the unborn with doing something different with the condemned.” 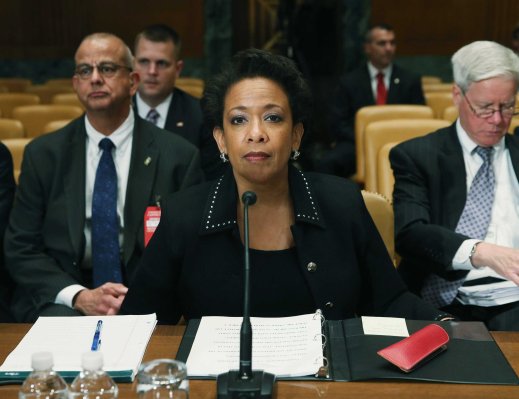