Everything You Need to Know About the New Spotify

In a press event on Wednesday, streaming service Spotify made one thing clear: it’s no longer just for music.

CEO Daniel Ek said the firm’s mission is to find the perfect content—whether audio or video—for every moment of its users’ days. Ek and Spotify executives unveiled a new version of the service that tailors playlists for individual users. The new version also incorporates podcasts into its app. A so-called “video capsule” will make videos from partners such as Comedy Central, Vice News, and The Nerdist available as well.

Highlights from the announcement included:

— A new running menu changes the way people use the app. The company says it can detect a runner’s tempo and immediately start playing songs that match.

— The new Spotify is rolling out US, UK, Germany, and Sweden beginning May 20.

— Ek said the focus on custom playlists will allow it to better target ads.

— Spotify is also partnering with fitness brands like Nike and RunKeeper to better integrate apps.

— D’Angelo and Questlove performed to play Ek out.

Spotify is retooling as it faces more competition in the streaming market. Though Spotify says it accounts for more than 50% of the streaming market, new services have recently launched or are preparing to launch to take on its dominance. Jay Z’s Tidal is trying to attract customers with exclusive music videos and live concerts. Later this summer, Apple is widely expected to unveil a new streaming service based on Beats Music which it acquired as part of $3 billion buy of the headphone-maker. 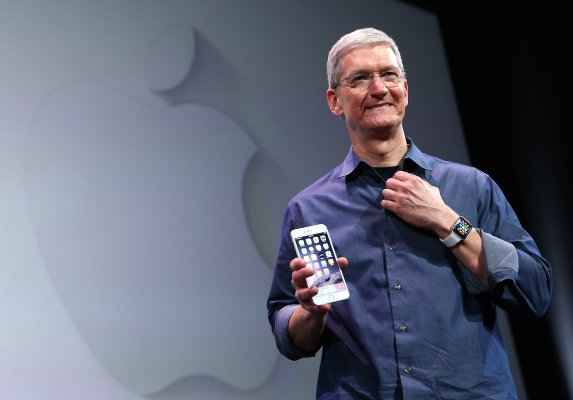 Here's When You'll Be Able to Buy an Apple Watch in Stores
Next Up: Editor's Pick