'The Silencing' of the American College

Ideas
By Mary Eberstadt
Eberstadt is the author of several books, including It’s Dangerous to Believe and How the West Really Lost God.

Unlike last year, for instance, no online mobs have materialized to make a former secretary of state back out of giving a speech; no campus administrators have made embarrassingly high-profile withdrawals of invitations; and no uninvited speakers have subsequently had to publish their remarks elsewhere, like Cold War samizdats of yesteryear. Instead, almost without exception, Commencement 2015 has been a positively warm and cozy affair on one campus after another—if anything, anodyne to a fault.

But does this mean that academia learned a lesson from last year’s public-relations fiascos, and that American quads are now safe for free speech? A quick tour of the 2014-2015 school year suggests otherwise.

Pulitzer Prize-winning author George Will was welcomed with protests at Miami University in Ohio, uninvited to speak at Scripps College, and met protests before and during a speech at Michigan State University—all within a mere few weeks of one another. At Oberlin College in April, students reacted to a speech by American Enterprise Institute scholar and author Christina Hoff Sommers with protests and trigger warnings. Students also protested when Sommers spoke at Georgetown University that same month.

The list goes on. In her important new book, The Silencing: How the Left is Killing Free Speech, author Kirsten Powers analyzes such campus malignancies with surgical coolness and precision. The subtitle of Powers’s book is apt. There is no equal-opportunity assault on free speech today at college or anywhere else: The left is leading the charge. The Silencing also establishes just how far and wide the damage is done, both on college campuses and off.

“The people who purport to believe in tolerance, diversity, and free speech in fact act like intolerant fundamentalists projecting their own narrow-mindedness onto Christian groups who want merely to be left alone to practice their faith and serve their campus communities,” Powers writes.

What’s going on? One answer may be that an increasingly secular age finds it harder to distinguish righteousness from self-righteousness. Simply feeling oneself to be in the right is not the same as doing what’s right by an external or objective standard. Christianity among other religions has insisted on exactly this moral distinction—and perhaps its waning power in Western society accounts in part for the conflation of these two separate things.

In one of the 2015 commencement speeches that does stand out this season—whose theme was the importance of free speech—author Ian McEwan told graduates at Dickinson College, “Being offended is not to be confused with a state of grace; it’s the occasional price we all pay for living in an open society.”

“Silencings” remain a problem no matter how unruffled most of 2015 commencement addresses appeared to be. If anything, the absence of controversy this year might be unsettling in its own right. After all, there may be something even worse than trying to scare people away from campus who think differently: making sure they aren’t invited in the first place. 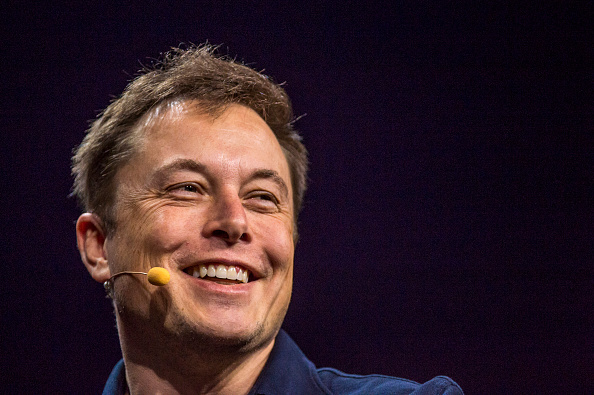 Elon Musk on How to Build Knowledge
Next Up: Editor's Pick