Does the domain ‘dot sucks’ belong on the internet?

That’s the question that members of Congress, the Federal Trade Commission, and even of the organization that approved it in February—the Internet Corporation for Assigned Names and Numbers (Icann)—are now asking.

Some call the domain extortionary as it’s forcing businesses and others to pay a premium for “[name].sucks” website addresses—for fear that another malcontent will come along, snap up the name, and employ the site as a digital pillory for that brand, person, or firm. Whereas a typical new domain might cost less than $100, Vox Populi, the company that owns the rights to sell “dot sucks” domains, suggests $2,499, according to the Wall Street Journal.

“Icann says it approved the .sucks domain because no one objected,” the Journal reports. “Now, it says doesn’t have authority to block the domains or control the pricing.”

Those limitations led Icann last month to ask governmental authorities such as the Federal Trade Commission and the Office of Consumer Affairs in Canada to investigate Vox Populi’s practices. In fact, the controversy has flared just months before a proposal by the Obama administration would pass Icann’s regulatory responsibilities to “an undefined, international, ‘multi-stakeholder’ body,” the Journal reports.

Not only does the future of “dot sucks” hang in the balance, so does the power of the non-profit partnership that has managed web domains for nearly two decades. Already, buyers have claimed such websites as “starbucks.sucks,” “jpm.sucks,” and “reeses.sucks,” according to the Vox Populi website, and top searches include: “TaylorSwiftsCat,” “YourMomma,” “Racism,” and “This.”

Here are the companies most sought after for a “dot sucks” address, according to Vox Populi:

A full list of available web domains approved by Icann can be found here. A quick skim through the catalog reassures one that “dot sucks” is likely the most controversial—certainly more so than “dot boats,” “dot cricket,” “dot ninja,” or “dot guitars.”

The Vox Populi website—www.nic.sucks—advertises its intention to “foster debate and share opinions.” That seems to be working. 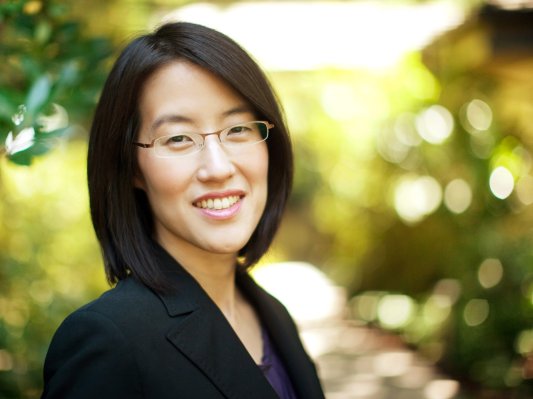 Reddit CEO: We Are Not a 'Completely Free-speech Platform'
Next Up: Editor's Pick