A deal has been finalized for the first step in making Elon Musk’s Hyperloop idea a reality.

The Tesla CEO first proposed the Hyperloop—a long system of pressurized tubes that would allow for super-high-speed travel between San Francisco and Los Angeles—two years ago. The concept, laid out in a nearly 60-page public white paper, looked crazy to some, maybe impossible.

But a private company called Hyperloop Transportation Technologies (no affiliation with Musk or Tesla) has picked up the mantle of making the Hyperloop real. The company first announced back in February that it had plans to build a five-mile test track in California. Now it has closed a deal with local landowners in central California to begin construction of it along a stretch of road right near the Interstate 5 freeway between Los Angeles and San Francisco, according to the Navigant Research blog.

Hyperloop Transportation Technologies is operating independently of Musk (though the inventor and entrepreneur has encouraged anyone to apply his idea), and in fact, Musk has his own test track planned for Texas, as he revealed in a tweet in January:

Construction of the California test track is set for 2016, and will cost at least $100 million—a cost that Hyperloop Transportation Technologies aims to cover by going public this year. And the estimated cost of the full Hyperloop, which would have to run 400 miles in length between the two cities? $8 billion. 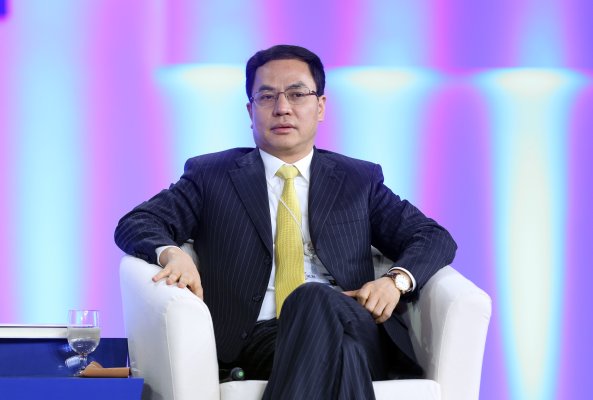 This Chinese Businessman Just Lost $14 Billion in Half an Hour
Next Up: Editor's Pick