Target's turnaround is off to a faster start than Walmart's

The carts are filling up again.
By Phil Wahba / Fortune

Target, the No. 3 U.S. retailer, on Wednesday reported comparable sales rose 2.3% in the three months ended May 2, helped by notable gains in some of the areas that CEO Brian Cornell has said were priorities for the retailer: apparel, children’s products and healthcare products. In contrast, its larger rival Wal-Mart Stores said earlier this week that U.S. comparable sales (which include e-commerce but exclude newly-opened stores) rose 1.1% in the first quarter.

Since taking the helm last August, Cornell has sought to shake up Target’s bureaucratic culture to make it quicker to adapt to change and add more stylishness to its apparel. It’s also in the process of improving the retailer’s food assortment with more focus on natural and organic foods (food underperformed Target’s overall sales numbers, CFO John Mulligan told reporters on a media call). It has added mannequins to 1,000 of its 1,800 stores to better showcase its fashion, and has created dedicated beauty sections at many stores. The efforts resulted in Target getting more shoppers into its stores, a critical win in the age of e-commerce.

Cornell has also pushed Target, a long time laggard in e-commerce, to pick up its digital game. Those efforts paid off, with a 38% jump in e-commerce sales last quarter (compared to 17% growth at Walmart–although, to be fair, it’s easier to grow quickly from a smaller starting base). Target raised its profit outlook for the year as a result of its first-quarter results.

“We’re encouraged to see early progress on our strategic priorities, including strong sales growth in Apparel, Home and Beauty, nearly 40% growth in digital sales, and positive traffic in both our stores and digital channels,” Cornell said in a statement.

During the first quarter, Target reminded everyone how no one can create buzz with designer collaborations like it can: the trendy Lily Pulitzer summer wear line nearly crashed Target’s web site in April. While such collaborations don’t move the needle much in terms of sales, they do help burnish Target’s “cheap chic” image with affluent consumers, and makes it less reliant on less affluent customers.

In contrast, Walmart spoke of consumers pocketing their tax refunds and savings from lower gas prices, rather than spending more. The average Walmart customer has a much lower income than the Target customer, with about 20% of Walmart shoppers reliant on food stamps to buy groceries by some estimates.

Walmart is also looking to re-invent itself, improving the fresh food selection, customer service and rolling out smaller format stores to compete with dollar stores. The world’s largest retailer managed to get more shoppers into its stores for the second quarter in a row, but Walmart’s quarter shows it faces a tougher slog than its smaller rival. 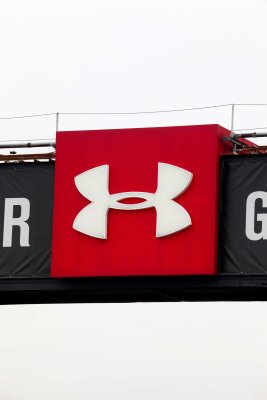 Under Armour Removes Iwo Jima-Inspired Shirt After Complaints
Next Up: Editor's Pick