After last night’s dramatic, drunken and degrading episode, The Bachelorette season premiere continues. Yesterday, the men all put their roses in either Kaitlyn’s or Britt’s box and chose their woman. Tonight the votes are tallied, and one of these women will be named Bachelorette, and the other will go home crying in a limo (again). Let’s get on with the drama.

The Bachelorette Is: When the show starts, Chris Harrison does not beat around the bush, he makes a beeline for Britt and immediately informs her in the most circumspect way possible that she is not the Bachelorette. She lets it sink in for a bit before thanking him for the opportunity. Then he walks her out, gives her a big hug and sends her on her away for her second sad sack limo ride. She has no qualms about crying her eyes out in the limo (again) and doubting all her life choices (again) and convincing herself that she will ever find love (again). Never forget that after years of Bachelor finales, Chris is well trained in the art of vagueness, so it should come as no surprise that he told Kaitlyn of her victory like so: “Unfortunately, Kaitlyn,” he began, she starts nodding and crying accepting defeat, before he finishes, “I had to send Britt home.” To her credit, Kaitlyn asked if Britt was O.K. Chris assured her that she was a bit shocked, but otherwise fine. As Kaitlyn takes a minute to hyperventilate. Chris is right there for her, not helping. He tells her she’s the Bachelorette, which makes her hyperventilate more, and then he reminds her that she has to stop hyperventilating because she has a Rose Ceremony to oversee, which makes her both hyperventilate and swear. (They could overdub the swearing, but the heavy breathing was there to stay.) Chris then leaves so she can pull herself together and call her mother and try not puke simultaneously. Her mother unhelpfully tells her to get out there and find her a son in law. No pressure!

The Big Reveal: Chris Harrison walks into a room full of men (and probably the smell of sweat and musk, after all that time trying to stake their claim to a woman [insert caveman chest thump]). Chris tells them that their rose votes have been counted, and a new Bachelorette has been chosen. Kaitlyn walks in and the men leap to their feet, cheering.

The Official Meet and Greet: While Kaitlyn had met all of the men earlier in the evening, she had to share that time with Britt. With Britt safely crying in her limo, Kaitlyn gets to sift through her sloppy seconds, brush off all of Britt’s cooties, and start over. To help her on her journey is the First Impression Rose. (Yes, grammarians, that’s a proper noun.)

The Menfolk and Their Feelings: Some of the men are thrilled that Kaitlyn is the woman they will be pursuing. People like Joshua the welder who gave her a steel rose, which sounds like something out of a Poison song. And Ian, who is thrilled it’s her, but forgot to bring her any presents. Then there are the men who were solidly Team Britt and have to re-evaluate their feelings. You can see the little cogs in their heads shifting and changing directions and reassessing Kaitlyn’s attractiveness levels. Like Tony the healer, who is having a hard time transitioning his energies from Britt to Kaitlyn, even though he originally wanted to vote for Kaitlyn. He’s a flip-flopper! Healer, heal thyself. Jared makes the brave choice to tell Kaitlyn that he put his rose in the box for Britt, but is totally willing to try putting his rose in her box too. Brady the singer-songwriter doesn’t know what to do with all his feelings for Britt. Maybe write a song for her?

Bachelorette Milestone: First kiss! During their first real interaction, Chris the dentist boldly went where no man on the show had gone before, and Kaitlyn let him. Naturally all the men watched the make-out session from inside the house.

The Rose Ceremony, Part I: The first name Kaitlyn calls at her very first Rose Ceremony is Chris, the dentist she kissed. He’s followed into rose-holding bliss by Ben H. a software salesman from Denver, with JJ, a banker, also from Denver, rounding out the top three. Then came Joe, Kupah, Daniel the fashion designer, Ryan B. (a.k.a. the only Ryan left), Joshua, the welder, Tony the healer and … hold that thought.

The Drama: Brady the singer songwriter stops the ceremony. He needs to talk to Kaitlyn. As all the men stare in shock (shock!) that this could be happening, Brady takes Kaitlyn outside and tells her that he is leaving. He has real(ish) feelings for Britt and needs to follow his heart. Or at least write a song about it later. Kaitlyn shrugs, and he heads off into the sunset.

The Other Drama: As Kaitlyn talks to Brady, it turns out that all the men all seem to know who voted for Britt and who voted for Kaitlyn. The longtime Kaitlyn boosters already have it out for the Team Britt men, vowing revenge if they are sent home early. It’s like the Chicago political machine, but with more hair gel and fewer wire taps.

Rose Ceremony, Part II: With Brady on his way out the door and the ceremony back under way, Clint accepts Kaitlyn’s rose, then there’s a Tanner, a Corey (or maybe a Cory?), an Ian, another Ben, a Justin and someone else maybe? They all blur together into an attractive mix of straight teeth and aftershave. The final rose of the evening went to Jared, because he was honest.

Biggest Mistake: The man who rolled up in a Hot Tub Car got cut in the first round. He deserved better! 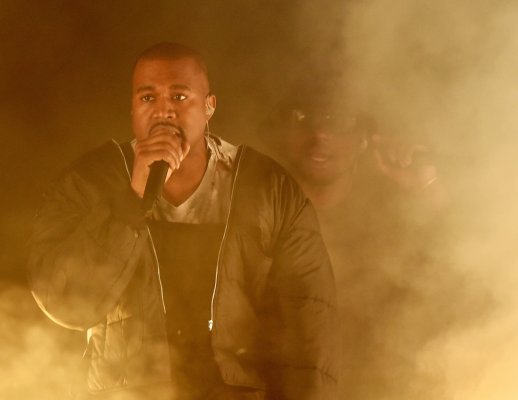