Why You Might Want to Pay Attention to Your Kid's Nightmares

Most kids have nightmares some of the time and mostly those dreams mean nothing, except that your kids had something different for dinner or watched a particularly vivid movie or they’re feeling anxious about something. But kids who have nightmares often are at increased risk for developing psychotic symptoms later in adolescence, suggests a new study published in the British Journal of Psychiatry.

Researchers from the U.K. wanted to look at the link between sleepwalking, nightmares and night terrors—when a person wakes up screaming but can’t remember why—in childhood and having psychotic experiences later in adolescence. “The term ‘psychotic’ obviously has connotations for people,” says study author Andrew Thompson, MD, associate clinical professor in psychiatry at the University of Warwick in Coventry. (And they’re not good ones.) But psychotic experiences can include more commonplace occurrences like a child hearing their name being called when it’s not, getting paranoid or thinking that people were trying to hurt them. Kids with symptoms like these don’t necessarily have (or develop) a mental illness or disorder, and many times those experiences means nothing, Thompson says. But symptoms like these, especially on the more severe end of the spectrum, may be forerunners of psychotic illness like schizophrenia.

The team analyzed data from a group of more than 4,000 children in the U.K. who were born around the same time, from birth until age 18. Using reports from children and their mothers on children’s sleepwalking, nightmares and night terrors, the researchers found that people who had nightmares and night terrors at age 12 had about twice the odds of reporting psychotic experiences at age 18. (They found no association with sleepwalking.)

It’s important to note that the risk of these psychotic symptoms is only about 5%, Thompson says, so a doubling of risk isn’t an alarming number. But the results could prove helpful for identifying risk factors for mental illnesses early. Sleep problems are one of the most common complaints among people with schizophrenia—but not nightmares specifically. “That’s maybe because we haven’t asked them,” Thompson says. These nightmares might be triggered by stress, anxiety or trauma, but they might also be a sign of future psychosis, the findings suggest. “We’d like to look into that and see whether these things are particularly important.”

In most cases, Thompson wants to be clear, nightmares are perfectly normal. “What we don’t want to do is frighten the whole world of parents with kids who have nightmares and think it’s a really bad sign, because that’s not the case,” Thompson explains. “It’s the people who have the persistent nightmares, the ones that affect their ability to go to school or concentrate at college. That’s the end of the spectrum that I think that, at the moment, doesn’t get very good treatment.”

Sign up here for TIME for Parents: a weekly roundup of the best parenting stories from all over the web. 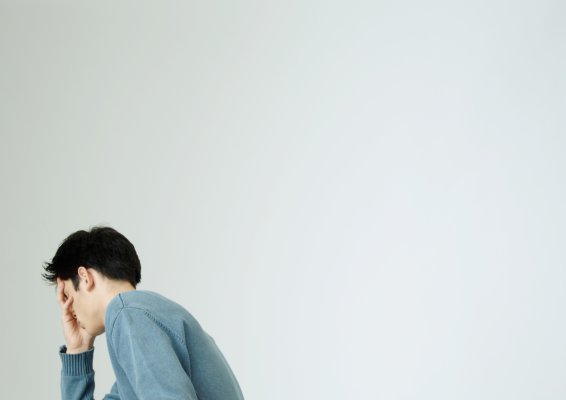 Depression Can Double Risk for Stroke—Even When It's Treated
Next Up: Editor's Pick