See Dozens of Mugshots From the Waco Shootout in One Image

Headshots of the men and women arrested and charged with crimes stemming from a large shootout and fight between biker gangs outside the Twin Peaks bar and restaurant at the Central Texas Marketplace in Waco, Texas on May 17, 2015.
Mclennan County Sheriff's Department/EPA
By Charlotte Alter

This composite frame of mug shots shows some of the about 170 bikers who were arrested and charged in connection with Sunday’s fatal shooting in Waco, Texas, that left nine dead and 18 others wounded.

The shooting was thought to have arisen from a dispute after five rival gangs gathered for a meeting at a Twin Peaks restaurant. Authorities said Tuesday that a man’s injury in the parking lot—a vehicle rolled over his foot—led to a dispute that carried into the restaurant, where a knife and gun battle erupted before spilling back outdoors.

Police said the interior of the restaurant was littered with shell casings, bodies and pools of blood after the brawl, but added that no innocent civilians were hurt. 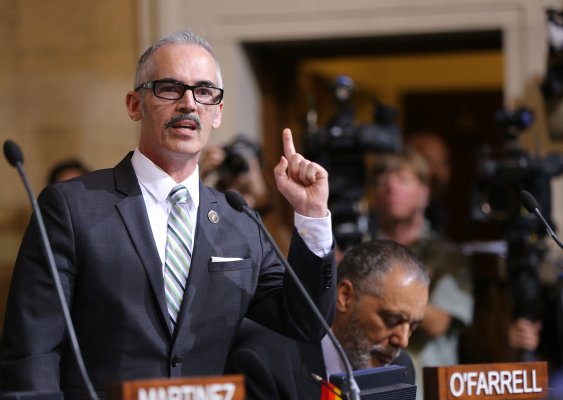 Los Angeles Raises Minimum Wage to $15 an Hour
Next Up: Editor's Pick