Quincy Jones: Why B.B. Was the King

Ideas
By Quincy Jones
Quincy Jones is a producer, composer and philanthropist.

Everything B.B. ever did, I loved — just the way he’d bend his notes. Everything. He represented all the different stages of blues, and I don’t think anybody resonated more emotionally and spiritually than B.B. He took the essence of the culture of what blues and R&B was, and he brought it around the world — until he was 89.

I first met B.B. King working on the film For Love of Ivy, starring Sidney Poitier. I did the score to that, and Maya Angelou, who was in her 30s at the time, wrote the lyrics. She wrote two songs, “B.B. Jones” and “You Put it on Me,” and B.B. recorded them. They were hits! That was a great trio, the three of us. I think they had a little romantic relationship, there, too — she didn’t tell me until about four years ago. I said, “Honey, if you’d talked to me first, I would have told you that blues singers don’t get the blues, they give the blues!”

B.B. was the king because he took the blues from dirt-poor, smoke-in-the-air juke joints all the way to the big concert halls. He started out picking cotton — he was all the way back in the dark side of our country. And his music came from the dark side — it’s a positive way of escaping that darkness.

When I was studying with Nadia Boulanger, the legendary composer and teacher, in Paris, she used to say, “Your music can never be more than you are as a human being.” And B.B. King was a great human being. It’s painful to know that he’ll never answer the phone again.

Quincy Jones is a producer, composer and philanthropist. 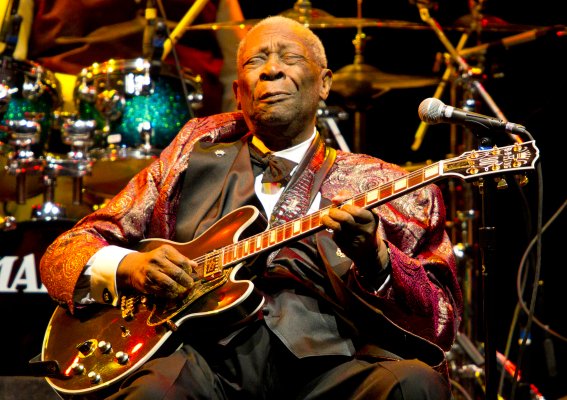