Then Secretary of State Kate Brown, who is currently Governor, attends a Statehood Day celebration at the Oregon Historical Society, in Portland, Ore., on Feb. 14, 2015.
Alex Milan Tracy—Sipa USA/AP
By Katy Steinmetz

Oregon Gov. Kate Brown made her state the third to outlaw the use of conversion therapy on minors on Monday, eliminating the controversial practice that President Barack Obama called to ban in early April. Oregon joins California, New Jersey and Washington, D.C., in prohibiting licensed therapists from attempting to change the sexual orientation or gender identity of a child.

“We hope Oregon will prove to be just [one] of many states to ban this harmful and discredited practice that uses rejection, shame and psychological abuse,” said Eliza Byard, executive director of the Gay, Lesbian & Straight Education Network, which supports LGBT youth. Organizations such as the American Academy of Pediatrics, the American Counseling Association and the American Psychiatric Association have all come out against the practice, also known as reparative therapy.

Oregon’s new law comes at a time when there is some movement in Washington responding to Obama’s call. On Tuesday, California Rep. Ted Lieu introduced a bill that would classify commercial conversion therapy—and advertising claims that promise changes to one’s sexual orientation or gender identity—as fraud. This could essentially ban the practice for all ages nationwide.

“The truth is that being LGBT cannot be and does not need to be cured,” said Lieu, who authored the California state ban on conversion therapy for minors. “It’s a dangerous scam, and the government must act to protect LGBT Americans from fraudsters who take their money and lie to them.”

In April, California Rep. Jackie Speier introduced a resolution calling on states to end the practice and said she was “also pursuing the possibility of a full federal ban of the practice.”

Opponents of the new state laws, who claim they are violations of free speech and the freedom of religion, have tried and so far failed to challenge them in court. In 2014, the Supreme Court declined to hear challenges to the California law. And earlier this month the Court declined to hear a challenge to the New Jersey law, leaving a ruling that upheld the ban as the final legal word on the matter.

Obama called for an end to the practice among minors in response to a petition started in honor of Leelah Alcorn, a transgender youth who walked into oncoming traffic and was killed. She left a suicide note detailing the trauma she experienced from conversion therapy pushed by her parents. The petition started on the White House’s website gained more than 120,000 signatures.

Oregon Gov. Brown, who took office in 2015, is the country’s first openly bisexual sitting governor. She signed the law with little publicity, issuing no press release on her website or tweet on her feed. But LGBT rights groups were happy to sound the trumpets. “We all owe them an enormous debt of gratitude,” the National Center for Lesbian Rights’ Samantha Ames said of lawmakers who pushed the bill, “one we can only repay by promising we will continue this fight until the day no child knows the devastation of being told they were born anything but perfect.” 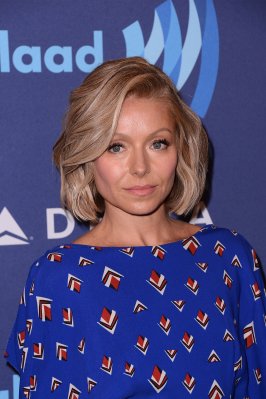 Why Kelly Ripa Felt 'Odd' to Win a GLAAD Media Award
Next Up: Editor's Pick