Why David Letterman and Bill Murray Are Meant for Each Other

The first night Late Night with David Letterman aired, Bill Murray bounded on stage and vowed to shadow Letterman for the rest of his career. “I know you’re on here late night where nobody can stop you,” he ranted. “‘If it’s the last thing I’m gonna do, I’m gonna make every second of your life from this moment on a living hell.”

Tuesday night, Murray will appear on the penultimate Late Show as Letterman’s last scheduled guest, and there’s an obvious symmetry to it, as well as history; Murray’s walked or flown onto Dave’s stage numerous times over the years. But there’s more to it than that.

In the current print edition of TIME (subscribe to read!) I have an essay about Letterman’s 30-plus years in late night. One point that I ended up cutting for space is that Murray is not just a fitting last guest because he was Letterman’s first. He’s inextricably bound to Letterman because in many ways they’ve had the same career.

When they first emerged nationally, Murray on Saturday Night Live and Letterman in late night, they developed reputations as master smartasses. They were entertainers part of whose acts riffed on the shtick of entertaining: think Murray’s lounge-lizard rendition of the Star Wars theme on SNL. The 1970s SNL and the 1980s Letterman, both grimy New York institutions, had a kind of punk-rock sensibility, puncturing the artifice that had bloated showbiz and stripping TV down to essentials and anarchy. (You could say the same of some other classic early-Dave guests, like Andy Kaufman and Sandra Bernhard.)

Fans responded to that same sensibility in Murray and Letterman, but their detractors saw a similarity too. People who didn’t like Murray thought he used irony as a crutch, using his laid-back delivery to smugly distance himself from, and make himself superior to, his characters and material. Letterman came in for some of the same knocks, as I write in my TIME essay:

But to see Murray and Letterman as mere smirkers sold them both short. Murray’s comedy had a well of emotion; Letterman’s “irony” was in fact a passionate response against phoniness. And as their careers went on, they each became that rare kind of performer: the comic who matures and learns to express a kind of wisdom without overturning the schmaltz barrel. Murray kept making funny movies, but as he aged and greyed, he tapped into the melancholy that is often the silent partner of comedy, working with directors, like Sofia Coppola and Wes Anderson, who knew how to bring that out in them.

Letterman, meanwhile, struggled in the ’90s after moving to CBS; he topped Leno in the ratings for a while, but didn’t quite seem to know how to function as top dog rather than underdog. Then in his next decade–maybe not precisely with his heart surgery in 2000, but right around there–he entered his second great period, this time not as a comic bomb-thrower but as a raconteur, a spoken-word essayist. As Letterman aged and mellowed, he may have lost some edge, but he became the one guy in late-night talk who really knew how to talk–be it about 9/11, his 2009 sex scandal, or the mortality of his friend and guest Warren Zevon.

Latter-era Letterman and Murray weren’t two wise guys getting sappy in their old age. They were two artists mastering their instruments. I can think of no better way to say goodbye than to hear them duet one more time. 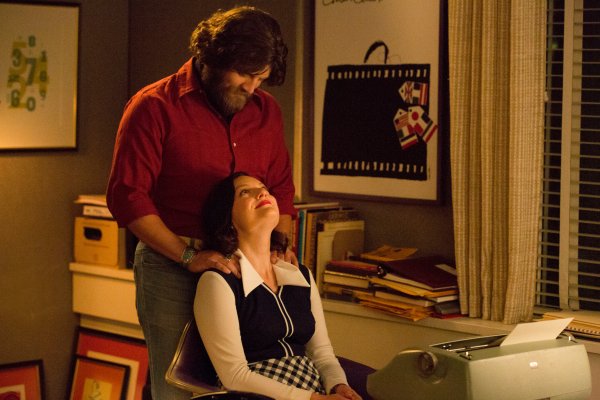