This Budding Startup Is Changing How You Buy Flowers

As a world champion poker player, David Daneshgar could recall a hand from two years ago as if it were dealt to him yesterday. So it wasn’t exactly dumb luck when he made it to the final round of a 2011 poker tournament at Los Angeles’ Commerce Casino. Still, he took a risky gamble, going all in on a $30,000 pot. At the flip, his opponent misread the cards and threw a premature celebration. Daneshgar knew better.

“The guy doesn’t know he lost,” he said to his friends. “Don’t worry, it’s flower time.”

It was “flower time” because Daneshgar and his friends planned to use their winnings to launch an online flower market, even if they had only a passing familiarity with the industry. Farbod Shoraka was a 28-year-old investment banker who had worked on a single financing deal for a floral company. His co-founders, Gregg Weisstein and David Daneshgar, had no relevant experience to speak of.

What they did have was $30,000 in poker chips, and that was enough to get BloomNation’s web portal up and running. They launched in 2012 and invited local florists to post pictures and prices of their floral arrangements to the website. “Like Etsy for flowers,” says Shoraka, BloomNation’s CEO.

The response was overwhelming. Roughly 600 florists signed up before the website had even launched. Today, more than 3,000 florists are on board, paying a 10% commission on every order. The company’s revenues have climbed by 15 to 30% each month, and its founders expect sales to hit $45 million within one year.

The team credits BloomNation’s rapid growth in part to their slow-moving competition. BloomNation has taken aim at three giants of the floral industry: 1-800-Flowers, FTD and Teleflora. Collectively these companies capture roughly two-thirds of online flower sales, a $2.3 billion market, according to research firm IBISWorld. Those sites are essentially middlemen, taking orders on one end and dispatching them to neighborhood florists on the other end. Florists, in turn, pay a 20 to 50% commission. It’s a time-honored business partnership dating back to the early days of the telegram, when FTD began wiring orders to florists across the country. To this day, florists refer to these companies as a “wire service” in a nod to their distant past. But in Shoraka’s opinion, they were stuck in that era.

“In a way they’re still using the Internet the same way they use a telegraph wire,” Shoraka says. Shoppers select a floral arrangement based on stock photos. Florists then match the photo, flower for flower. If they have an exceptional deal, a unique vase or a fresh shipment of flowers, they have no way of relaying that information back to the customer. “It’s fundamentally broken to take a picture of an arrangement and think that you can replicate this across the country when different florists have access to different flowers, a different talent pool of creative designers and different price point,” Shoraka says.

BloomNation breaks this model by essentially crowdsourcing its catalogue out to the florists themselves. The florists upload pictures and prices of their arrangements through the back end of the site. On the front end, customers browse photos of the very same flower arrangements that they might find in the window displays of 3,000 flower shops and studios across the country. As a result, BloomNation’s online catalogue is always up to date, constantly changing and hyperlocal. And that flow of local information from florists back to online shoppers was a key reason Kim Williams, owner of The Enchanted Florist in Burbank, California, started listing on the BloomNation website. She says she chafed at the wire services’ paint-by-numbers instructions. “Even if you want to put something prettier in, you can’t do it,” Williams says.

J Schwanke, a fourth generation florist and floral industry expert, offers more cautious praise for BloomNation. He believes its 10% commission was a welcome improvement over its competitors. “Their concept of making sure that more of that money goes to the florist is commendable,” he says. Still, he’d prefer to see shoppers circumvent middlemen entirely: “The best bet for a consumer is to find a true local florist and call them directly.”

But BloomNation’s founders argue that by getting the nation’s florists on a single cloud-based platform, they can spare them the trouble of establishing an online presence. They can also mine florists’ sales for intel that’s normally the privilege of multinational corporations. “I can tell a florist in San Francisco what’s trending in New York,” Shoraka says. “I can tell a florist where are the price points that are selling best in their catalogue. We get to see what’s happening on a national scale but also on a hyperlocal level.”

In a sense, BloomNation isn’t replacing the original idea of the wire services, which was to connect florists into a nationwide ordering system. They’ve only updated the idea for the modern era. “Ultimately if you strip away flowers and all that,” Shoraka says, “what we have really built is a way for a local business to be empowered and an individual to be empowered, and have the same tools as big e-commerce players.” 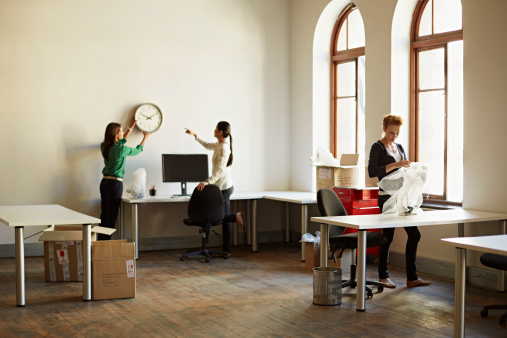 These Are the Best Cities to Launch a Business in the U.S.
Next Up: Editor's Pick