Although some U.S. oil companies are struggling with low oil prices, a new wave of innovation is hitting the oil patch, allowing for a significant reduction in drilling costs.

A variety of different improvements in production are starting to show up at all levels across the industry from small firms to oil majors. Statoil for example recently noted that it is experimenting with different types of sand and chemicals to improve production. And a number of companies have noted that they are moving from drilling wells one at a time, on an ad hoc basis, to drilling multiple wells at once. GE Oil & Gas has produced variable-use pumps that can be turned on and off in order to save energy versus the previous 24-hour a day operation cycle.

The end result of these actions is that per-barrel costs of oil have fallen to around $60 today versus $75 a year ago according to Citi analysts. And executives from oil companies are now forecasting that per barrel prices could fall to $50 or less before long. America has not yet lost the price war.

Now, one small Denver-based oil company has come up with a whole new model for producing in order to further drive down costs. Described as an “oil factory,” Liberty Resources LLC and its CEO Chris Wright have developed a novel method for extracting oil. The firm is starting out by doing everything it can to eliminate the need for trucks traveling to and from its site. The company notes that trucks are often an irritant with local residents and more importantly, they add significantly to the cost of producing oil.

To do that Liberty will build a series of pipelines to its massive 10,000 acre Bakken site. The firm has pipelines that carry water and gas produced by wells, as well as other pipelines to carry oil. This technique is called ‘centralized resources’ and while other firms like Continental have explored it to some extent, Liberty is pioneering the process. In essence, the firm is trying to bring the efficiency focus of industrial engineering to the production focus of petroleum engineering.

In addition, like Statoil and a few other larger oil firms, Liberty is also focused on creating a production process than can be stopped and started based on optimal production times, costs, and oil prices. This could be an invaluable capability. Take Russia for example. Russian oil wells will freeze if they are shut down, and the country lacks significant storage capacity. As a result, Russian oil producers cannot respond to price downturns.

Moreover, Liberty is developing the entire 10,000-acre site to be fracked at once with nearly a 100 oil wells operating simultaneously. By drilling multiple wells at once and controlling inputs and output supply, the firm has significant cost advantages versus traditional ad hoc production methods. Even employee costs are lower, with Liberty citing the use of a third less workers than a conventional production process.

So what is the combined result of all these efficiency improvements? Liberty says it will still make money even with oil at $50 a barrel. And the firm expects costs to keep falling as oil service companies become more efficient and lower their own prices. At these prices and efficiency levels, US production becomes competitive with virtually any other oil source. And if efficiency gains continue at this pace, the U.S. may weather the onslaught of Saudi oil much better than many expected. 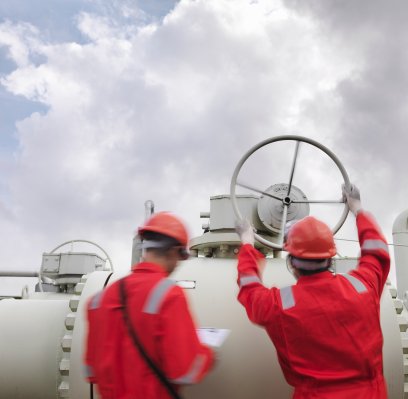 How The Transportation Sector Is Moving Away from Petroleum
Next Up: Editor's Pick