Betty Reid Soskin is having a moment. At 93, she’s the oldest ranger on active duty in the entire U.S. National Park Service.

Reid Soskin, who began her career as a ranger at age 85, was profiled by the Today show over the weekend, and the segment showed her leading tours at the Rosie the Riveter/World War II Home Front National Historical Park in Richmond, California. There, she tells guests about the women who worked in the Richmond Shipyards during World War II, building cargo ships.

The segment has made the rounds online, but it wasn’t the only moment in the spotlight for Reid Soskin this year. In March, in honor of Women’s History Month, the U.S. Department of the Interior interviewed Reid Soskin about her service for the park service and her life.

There, she explained why her tours have become so popular. “We’re booked two months ahead at this point,” she said. “My tours are popular because – though I am not a trained historian – my tours are necessarily a way to share my oral history with the public. I tell the story of the African-American workers.”

She also explained why she’s seldom seen in public without her ranger uniform. “Because when I’m on the streets or on an escalator or elevator, I am making every little girl of color aware of a career choice she may not have known she had,” she explained. “That’s important.” 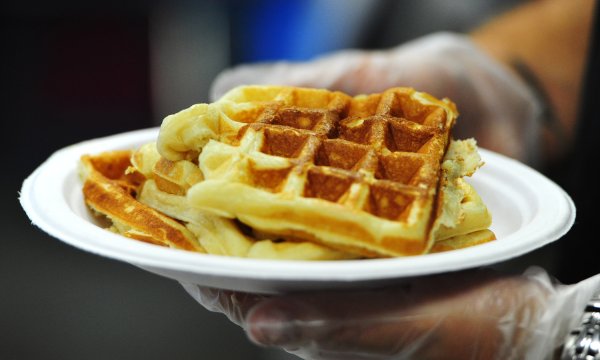 This 5-Year-Old's Random Act of Kindness Brought Waffle House Customers to Tears
Next Up: Editor's Pick