Here's Everything We Know About the Warcraft Movie So Far

The upcoming Warcraft movie—an epic fantasy drawn from one of the most popular video game franchises in history—doesn’t have to be great. It just has to be better than the next biggest action-tastic blockbuster scheduled for June 10, 2016.

Think of it as a little like the two campers chased by a bear (the bear, in this case, symbolizing critical presumptions that any film based on a video game must by definition be dreadful): you don’t have to beat the bear, you just have to outrun the next guy. What do we know about the film so far, aside from the fact that its fellow runners-from-bear include an Angry Birds film, a Ratchet & Clank film and an Uncharted film? Here’s the breakdown:

It’s been in the offing for nearly a decade

That’s the nature of projects like these: sometimes they bounce all over creation before coming to fruition. Blizzard announced plans to develop a live-action Warcraft film back in May 2006. The film resurfaced intermittently, in various stages of development, for years after, but didn’t really move forward until 2013, when Blizzard announced it had brought esteemed filmmaker Duncan Jones onboard.

We can thank Warcraft director Duncan Jones for both 2009’s Moon and 2011’s Source Code, two totally different (one introspective, the other a little gonzo) science fiction films that had one thing in common: they didn’t suck. Jones seems a deft hand both behind the camera and in front of a word processor (he wrote the story for Moon, and co-wrote the screenplay for Warcraft).

Jones surfaced on the project after Blizzard parted ways with the film’s former director, Evil Dead‘s Sam Raimi. Blizzard’s properties couldn’t be less in his wheelhouse, tonally and historically speaking, but he’s a coup (for Blizzard) by any measure.

And Jones seems to understand a crucial tenet of contemporary filmmaking

“I hear this ‘CGI in film sucks,’ mantra again & again,” wrote Duncan a few months ago on Twitter, rejecting the blanket claim that computer generated imagery wrecks movies. “It doesn’t,” he continued, arguing that “It’s a tool like any other. It can be done well & it can be done shit. The best CGI has you forgetting its CGI, and accepting the visual as whatever it is supposed to be. Like props. No one has an issue with ‘props’ in film, do they?”

Metzen is to Blizzard as George Lucas to the Star Wars saga: the world-builder responsible for Blizzard’s iconic Warcraft, Diablo and StarCraft narrative universes. It’s his story vision that Jones and co-screenwriter Charles Leavitt (Blood Diamond) distilled into the film’s script.

How excited should that make you? If you’re not a Warcraft wonk, it’s impossible to say. And if you are, ask yourself this: How excited have you been about the frame stories (not the gameplay) that Blizzard’s been telling in these games for the past two decades?

Blizzard’s first Warcraft game was called Warcraft: Orcs & Humans. That pretty well sums up the film’s elevator pitch: humans versus orcs! (Or “the alliance” versus “the horde,” in Warcraft-speak.)

Okay, so with Jones attached, we’ll hopefully get a bit more storytelling subtlety than the games provide, ideally something more introspective and character-driven that capitalizes on Warcraft‘s basic two-sided racism trope.

It has a few female actors, but the cast is mostly guys

It looks like Paula Patton (Déjà Vu, Mission: Impossible Ghost Protocol) and Ruth Negga (Breakfast on Pluto, Marvel’s Agents of S.H.I.E.L.D.) are the only two women of note. If you want to see a bunch of guys getting their Gladiator on, on the other hand, box presumably checked.

That would be Ramin Djawadi, also known (and respected) for his work on films like Blade: Trinity, Iron Man and Pacific Rim, as well as TV shows like Prison Break and Person of Interest.

It was originally due this December

We can thank Star Wars: The Force Awakens for Warcraft‘s bump to mid-2016 (not the film’s production—filming itself ended back in May 2014). Not even an estimated $100 million film based on a video gaming juggernaut (the highest grossing game of all time, with revenue eclipsing the highest grossing films of all time) could stand against Disney’s upcoming take on a galaxy far, far away. 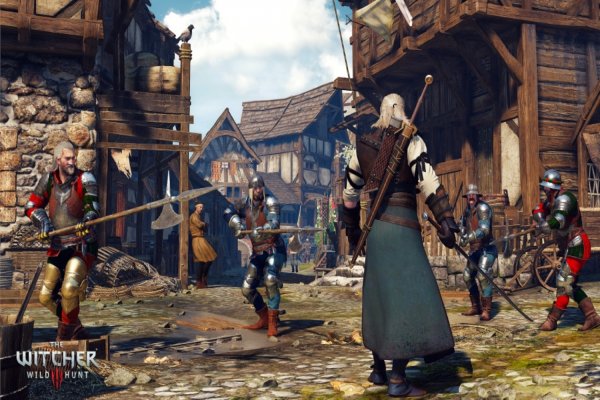 10 Tips for Mastering The Witcher 3: Wild Hunt
Next Up: Editor's Pick