George R.R. Martin says he’s getting “a flood” of emails about Sunday night’s Game of Thrones, and no wonder.

The sixth episode of the fifth season, “Unbowed, Unbent, Unbroken,” concluded with one of the darkest moments in the show’s history: Young Sansa Stark being brutalized on her wedding night by the sadistic Ramsay Bolton. In Martin’s novel A Dance with Dragons, a different character is tormented in the scene. Thrones producers shifted this minor character’s ordeal to Sansa to get the Stark heroine back to her home of Winterfell and to give actress Sophie Turner a challenging and compelling storyline this season.

But fans were outraged when Sansa was horribly attacked as her former childhood friend Theon was forced to watch.

“Let me reiterate what I have said before,” Martin told his readers. “How many children did Scarlett O’Hara have? Three, in the novel. One, in the movie. None, in real life: she was a fictional character, she never existed. The show is the show, the books are the books; two different tellings of the same story … There have been differences between the novels and the television show since the first episode of season one. And for just as long, I have been talking about the butterfly effect. Small changes lead to larger changes lead to huge changes.”

Martin then went on to defend producers David Benioff, Dan Weiss and Bryan Cogman’s overall faithfulness to his novels. “There has seldom been any TV series as faithful to its source material, by and large (if you doubt that, talk to the Harry Dresden fans, or readers of the Sookie Stackhouse novels, or the fans of the original Walking Dead comic books),” he wrote. “But the longer the show goes on, the bigger the butterflies become. And now we have reached the point where the beat of butterfly wings is stirring up storms, like the one presently engulfing my email. Prose and television have different strengths, different weaknesses, different requirements. David and Dan and Bryan and HBO are trying to make the best television series that they can … but all of us are still intending that at the end we will arrive at the same place.” 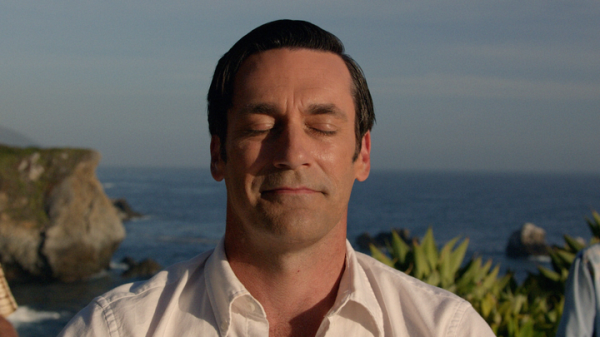 How You Can Do Yoga Where Don Draper Did
Next Up: Editor's Pick