How The Transportation Sector Is Moving Away from Petroleum

The transportation sector is moving away from oil slowly but surely. Driven by growth in the use of biofuels and natural gas, non-petroleum energy now makes up the highest percentage of total fuel consumption for transport since 1954, according to a new report from the U.S. Energy Information Administration (EIA).

In total, 8.5% of fuel used by the transportation sector came from non-petroleum sources in 2014. Biomass from corn-based ethanol—still supported by generous government subsidies—represented the largest non-petroleum energy source and was used primarily to fuel cars and other light vehicles. Use of natural gas to operate pipelines followed close behind. The report also shows smaller but still significant increases in the use of electricity, biodiesel and natural gas in vehicles.

Climate change and fluctuating oil prices has made moving away from petroleum when possible a priority for governments and corporations alike. But it’s still uncertain which fuel will be the best and greenest replacement, according to Christopher R. Knittel, an MIT professor of energy economics . Ethanol, natural gas, hydrogen and electricity are all possibilities.

“We don’t know where we’ll be 50 years from now,” said Knittel. “There are four potential replacement for petroleum, and, ultimately, we don’t what’s going to win out.”

While the overall trend away from petroleum is encouraging—petroleum accounts for over a third of global greenhouse gases—the newfound reliance on biomass might be seen as a double-edged sword. Using ethanol, which is currently mixed with petroleum and represents around 10% of the gas sold for most cars in the U.S., provides only “marginal benefit” over petroleum in terms of greenhouse gas emissions, according to Knittel. Using electricity in the transport is generally better and cleaner, but the technology is still in its early stages. Where it does exist, as in Tesla cars, it’s often expensive and impractical for large-scale use. 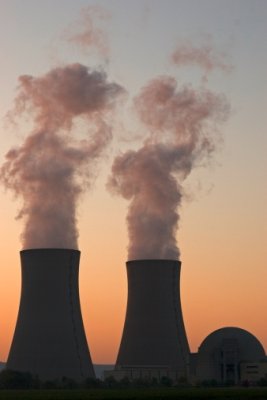