Predictably, #MadMenFinale was one of the trending topics on Twitter on Sunday night as the seminal series aired its final episode on AMC. And, just as predictably when a beloved series goes off the air, there was a split between the people who loved the final episode and those who thought it was some sort of abomination. Many took to Twitter to express their views and argue about the particulars of the episode. But, in the end, maybe they’re just wasting their breath. After all, it doesn’t really matter one lick what anyone thinks about the finale.

Mad Men creator Matthew Weiner himself doesn’t care that much about the criticism. “I hate to say it: I don’t really feel like I owe anybody anything,” he tells the New York Times. “I’ve been lucky to have them invite us into their home, but we have held up our end of the bargain so far. We really have, and we’ve made such a painstaking effort to surprise and delight and move machinery that tells the story.”

When I first read this, Sunday afternoon before the finale aired, I thought it made Weiner sound a bit arrogant. How could he not care at all about the feelings of the people who made his show a success? But after enduring the tweetstorm all evening, I finally understood what he was saying. This was his show, and it always has been. Like any masterpiece, it was the work of one great artist (with many others behind the scenes helping him out). He was always going to tell the story the way he wanted to, and it’s up to us whether or not to enjoy it.

The problem with Twitter and other social media is that it leads us into the false sense that television is interactive. Just because we can talk to our friends, other fans, and sometimes the writers and creators of the show, doesn’t mean that we have a voice in how it’s made. Sure, fan sentiments can sometimes sway creative decisions, but mostly all the OMGs and WTFs and crying-face emoji on social media are nothing more than sound and fury signifying nothing. Television shows are not malleable products able to be massaged and sculpted by our voices after the fact. They are impenetrable artifacts left for us to interpret, not to try to recast.

Expressing dissatisfaction isn’t going to stop Don Draper from writing the world’s most famous Coke commercial, turn him into DB Cooper, or have him and Peggy finally hook up. Now that the finale has been broadcast, no matter how much we rail against it, it’s never going to change. Just ask David Chase, who is still defending and trying to answer questions about the Sopranos finale even a decade after it aired.

The final episode does have an impact on a show’s legacy, especially in this age of Netflix binges and people streaming shows long after they’ve ended, but Weiner is right, the decision of how a show ends should be a creative one, not one decided to make fans swoon and post positive notices on social media. It’s always the most challenging artistic decisions that stand the test of time, and often pieces that were scorned when they premiere eventually go on to become classics. Just ask the “Rites of Spring” and the riot it incited when it was first played.

The funny thing about Mad Men is it did have a few of those moments that will make die-hards very happy, most notably Peggy Olson and her long-time confidante Stan Rizzo finally consummating their long-standing crush. While it got lots of positive reactions and warm fuzzy feelings from devotees, it was the silliest part of the whole episode, seeming like it belonged in a bland movie starring Katherine Heigl more than it did in an episode of a show about American identity and existential dread. It was the ending, Don Draper’s final “Om,” that is more important and certainly more divisive.

But all of this online sturm und drang is actually making the entire conversation more tedious. Instead of spending thoughtful time with a television show that deserves our full attention and literary-analysis, people are just firing off 140-character bursts of instant emotion without any contemplation of synthesis. Shows like Mad Men have taught us that this medium can be just as serious and artful as any other, so let’s give it the close reading it deserves.

We’d be so much better served to helpings of people’s insight than we would their opinion. The former is personal, grappling with the show’s complex themes and motifs to come up with some deeper personal meaning that can have a long-standing effect on one’s life. The latter is performative, trying to show the masses how cool and smart we are without having to bother with the rigors of actual intellectual enterprise.

These days, however, having a take based on nothing more than reflex is all that matters, as long as we get it out and have it heard. Sure, there are lots of feelings condensing on Internet servers the world over right now. Just remember that none of them actually really matter. 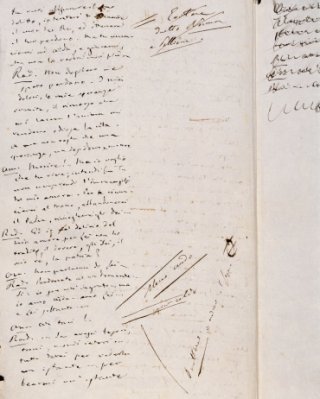 The Necessity of Marginalia in the Age of the Ebook
Next Up: Editor's Pick