How Destiny Is Changing to Give Players What They Want

It’s a divisive game. Depending on who you ask, Destiny is either the first truly next-gen console experience or an over-promised, under-baked revenue machine for mega-publisher Activision Blizzard. But there’s no disputing the 2014 title’s phenomenal commercial success.

Pitting players from around the world—Guardians, in Destiny parlance—against the forces of the nebulous Darkness on behalf of benevolent orb The Traveler, the game marries the fluid gunplay of the studio’s classic Halo games with the loot-collection of RPGs like the Borderlands and Diablo series. Destiny enjoyed one of the most successful launches in gaming history when it went on sale last September (despite a lukewarm critical reception), and over 20 million players have created their own Guardians. (Exact sales figures haven’t been released by the company.)

A major part of the game’s success is its focus on community, including the design of its endgame activities. Destiny‘s most challenging and creative tasks are strikes and raids, multi-stage encounters that require anywhere from three to six people to complete. In particular, raids like the Vault of Glass and Crota’s End revolve around puzzles and mechanics that are almost impossible to complete alone. Even the Crucible, the game’s player vs. player (PvP) arena, is framed as a training exercise for the universe’s Guardians: they’re fighting each other so they can become strong enough to tackle and defeat the larger evil forces assaulting their universe. The game is constantly making it clear that players are in this together.

That focus is also reflected in Bungie’s management of the people that make up its player community, a constantly shifting group of people. Headquartered in Bungie’s own forums and in the game’s extremely popular sub-Reddit, the hardcore fanbase’s relationship with Bungie tends toward a default state of genial exasperation: they love the game, have spent enough time with it to worm out every crack and crevice, and want the studio to fix every flaw even as it is sometimes creating new ones.

David Dague (a.k.a. DeeJ) is one of Bungie’s community managers, tasked with serving as conduits for whatever sentiments players happen to be conveying on a given day. They’re the ones who filter and send information back and forth between the player base and Bungie’s technical teams, whether through informal interaction or standard missives like the Bungie Weekly Update, a traditional home for bad jokes and hints at upcoming changes.

This is a pivotal time for Bungie. The studio is about to introduce major changes to the game’s reward mechanisms and content through its second DLC release, House of Wolves, scheduled for release on Tuesday May 19th. The expansion pack includes a new narrative and accompanying set of missions, a new social space for players, dozens of pieces of new gear, a materials exchange, a new co-operative endgame activity, and a new competitive PvP event.

In some ways, the size and breadth of House of Wolves feels like it couldn’t have come together without the frosty feedback the studio received regarding their first piece of DLC, The Dark Below, which was derided for being skimpy on content and for changing key parts of the player experience without advance notice or consultation. With the expansion’s release on the horizon, TIME spoke to Dague about what he’s learned since the game’s launch, how House of Wolves and future changes to the game will affect his role, and his favourite pieces of community-created world-building.

TIME: With almost eight months since release in the bag, how has your approach to communicating with the player base changed?

Dague: During the first few months after launch, the conversation we had with the emerging player base was very reactive. It seemed like we were always rushing to explain events from the previous week. Since then, I’ve been invited to work a lot more closely with the Live Team that supports the game. Along with Bungie User Research and Destiny Player Support, this enables us to include the community in the process that changes the way we all play. Now, the conversations we have with our players are a lot more forward-looking. We’re always building a bridge to the next update.

How does handling communication for a massive, public-facing property like Destiny differ from a more private communications role?

It’s so crucial to remember that Destiny appeals to many different types of players for different reasons. Our last report was that 20 million people had created a Guardian in our world. The challenge is to craft a message from Bungie that’s relevant to all of them. Every player of Destiny is important to us – from the Raiders to the Crucible warriors. It’s rare that they will all follow the same narrative from moment to moment. You gotta try and find a balance.

I know the game is designed around the concept of the community, but from a distance, the size of said community on Reddit and the Bungie forums is astounding—did you expect this level of activity and engagement?

“Hoped” would be a better word. We make games in the hopes that players will experience them. The world of Destiny is so much more interesting when it’s packed with interesting people. To see the way players have flocked to that Tower standing over a city in need of heroes has been amazing and humbling and inspiring. It’s definitely more than I can handle alone, which is why I’m grateful for the special teams on Bungie.net that help track feedback and tackle support issues. And what is this Reddit you speak of? Can I have a link?

The segment of the player base that’s active online has gotten up in arms over a few communication decisions in particular, namely the communication surrounding exotic upgrade paths and the decision not to include a raid with House of Wolves. What’s your biggest regret in terms of community management to date?

I think the way we revealed the Exotic upgrade paths for The Dark Below was the single most educational moment for me, personally. Every day is a chance to learn more about the community that plays Destiny. That was certainly one of them. It’s no coincidence that the kick-off to the conversation about House of Wolves started with a live demonstration of how to upgrade some of the more popular items in the Guardian arsenal. We even invited members of the community to participate and make sure we got it right.

How is the release of House of Wolves going to change your relationship to the community, if at all? (I realize it’s not going to have a giant impact on the structure of your updates or anything like that, of course, but it does seem like it’s going to address many of the thorns in the community’s side.)

That’s impossible to predict. After all, both parties get an equal say about the quality of a relationship. Our goals at Bungie are always to deliver an experience that people will love. Now that we’re dealing with an engaged player base, instead of a hopeful audience in waiting, we can prove to them that we’re listening. We want the Guardians of Destiny to feel like they’re a part of our creative process, and so many components of the House of Wolves player experience was inspired by their feedback. We hope that comes across when they embark on the adventure.

How do you envision your role changing as Destiny shifts from its DLC phase to a more mature state/as Destiny 2 enters more advanced stages of development?

I definitely don’t want it to change too much. The best thing about my job is knowing the heart of the player through the stories they tell about the game. I want to continue to help our team anticipate their audience, and I want to keep helping the leaders of our community to find an audience for their own voices. The things that we’ve learned about the players of Destiny make us better at talking to them, so I have no desire to migrate to a role where those lessons wouldn’t be valuable. Also, I’m not a very good concept artist and I use a calculator to do startlingly simple math, so certain career paths at Bungie are just blocked by the fates.

Do you have a favorite piece of community-generated lore? If so, what is it?

That’s easily the hardest question you’ve asked. You’re asking me to play favorites with a galaxy of rock stars. We have this ensemble of role-players who have taken to Twitter to personify characters from Destiny. With every announcement or community engagement, I can expect everyone from the Cryptarch to the Queen’s Brother (even favorite weapons) to show up and share their perspective – in character. It’s pretty hilarious, and just another example of how we’ve rooted their imaginations in this brave new world. I hope they never stop. 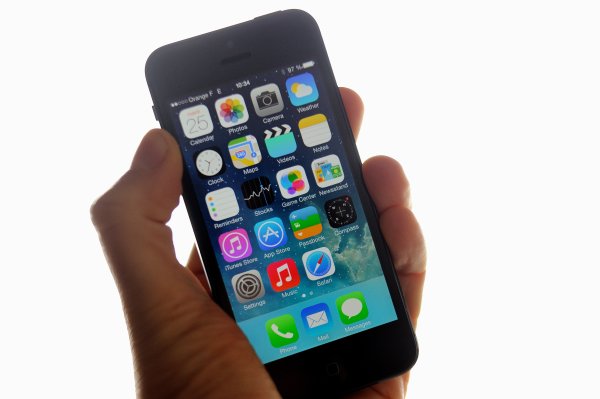