Apple CEO Tim Cook had a message for graduating seniors at George Washington University on Sunday: Change the world.

“You have to find your North Star, and that means choices,” he said. “Some are easy, some are hard, and some will make you question everything.”

Cook, leader of the most valuable U.S. company, made for a celebrity commencement address speaker for George Washington University’s Class of 2015. He used the pulpit to implore the student to stick to their values and make a difference. The theme was a familiar one as far as graduation speeches go. But Cook gave it a personal touch by invoking his mentor, Steve Jobs, the Apple founder who he replaced just before his death four years ago, and the company’s can-do ethos.

It was one part motivational speech and another part Apple marketing pitch.

As Cook told it, Apple is a place where it’s possible to an idealist and successful in business. He told of how Jobs convinced him to join the company in 1998, despite its struggles at the time, by inspiring him with the possibility of making a huge impact through technology.

“At Apple, we believe the work should be more than just improving your own self,” Cook said. “It is about improving the lives of others as well.

“I took the job and changed my life,” he continued. “It has been 17 years and I have never once looked back.”

Cook didn’t mention Apple’s financial success or any of its stumbles other than its well-documented brush with collapse. Rather, he stuck to how its products are a lifeline for some users, never mind that iPhones, iPads and Macs are used far more commonly for more mundane things like playing video games and sharing cat videos.

“Apple’s products empower people all over the world: People who are blind and can have things read to them,” Cook said. People who are isolated by distance or disability. People who witness injustice and want to expose it — and now they can because they have a camera in their pocket all the time.”

Cook spoke of his own values developed while growing up in Alabama only a few years after the civil rights battles in the South. He said his first trip to Washington D.C., home of George Washington University, came at age 16, after having won an essay contest. Before leaving, Cook said he and fellow winners had met Alabama’s governor, George Wallace, the one-time segregationist. The meeting with Wallace, he said, was no honor and that he considered Martin Luther King Jr. and Robert F. Kennedy his heroes.

“Shaking his hand was like a betrayal to my beliefs,” Cook said.

During the speech, Cook hammered home the point of injustices like segregation and equality for all. But he made no specific mention of equality for gays and lesbians, issues that he and Apple has pushed for in the past. Last year, Cook acknowledged that he is gay.

In opening his speech Sunday, Cook put a new twist on the usual request for audience members to silence their phones. Clearly, it wasn’t a day to own an Android or Microsoft phone. 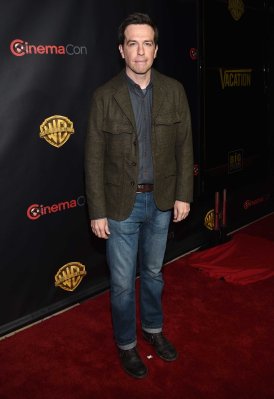 This Year's 6 Commencement Speeches Everyone Will Be Talking About
Next Up: Editor's Pick