In a video captured by an observer, Sanchez tells a story about how she was invited to an event by what she thought was a Native American group. “I’m going to his office, thinking I’m going to meet with a… ” Sanchez said before clapping her hand over her mouth and making a chanting sound.

The gesture, reminiscent of 1950s depictions of Native Americans widely condemned as racist, drew tepid laughter in the crowd as well audible several outraged cries of “oh my God” and “What the heck was that?”

Sanchez has since declined to comment on the appropriateness of her gesture. “I think that Native Americans have an incredibly great history, and a great presence in our country, and many of them are supporting our election,” she said in response to a question from the Sacramento Bee. 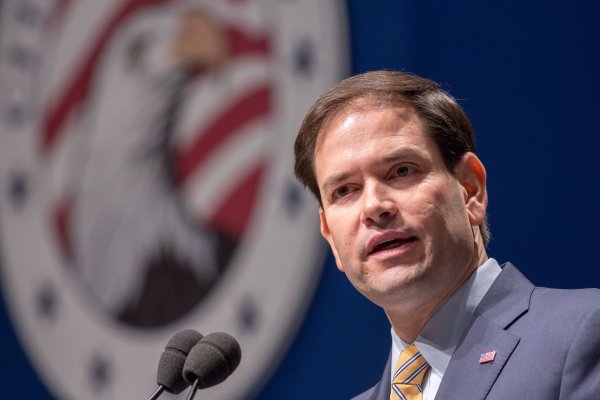 Marco Rubio Is Latest to Struggle on the Iraq Question
Next Up: Editor's Pick