4 Commencement Speeches to Get You Through the Work Week

Commencement speeches can be sappy, long-winded and sometimes flat-out uninteresting. Here’s a guide to the 2015 addresses that will have everyone talking.

This year’s University of Virginia graduates know that it’s been a rough public relations year for their school, largely because of a now-debunked article in Rolling Stone about a gang rape at a campus fraternity house. Comedian Ed Helms took on the article directly in the school’s Valedictory Exercises. “It has been said that a rolling stone gathers no moss,” he said. “I would add that sometimes a rolling stone also gathers no verifiable facts or even the tiniest morsels of journalistic integrity.”

Former President George W. Bush is well known for having a less than exemplary academic record during his college years, but he’s always liked to note that it didn’t keep him from making it to this country’s highest office. He reiterated that point to much applause at Southern Methodist University this commencement season. “Those of you who are graduating this afternoon with high honors, awards and distinctions, I say well done,” he said. “And, as I like to tell the C-students, you too can be president.”

Tim Cook on Values in the Workplace

Speaking on the National Mall, Apple CEO Tim Cook told graduates of George Washington University that they should determine their values and follow them in their careers. “We believe that a company that has values and acts on them can really change the world. And an individual can too. That can be you. That must be you,” he said. “Graduates, your values matter. They are your North Star. Otherwise it’s just a job—and life is too short for that.” 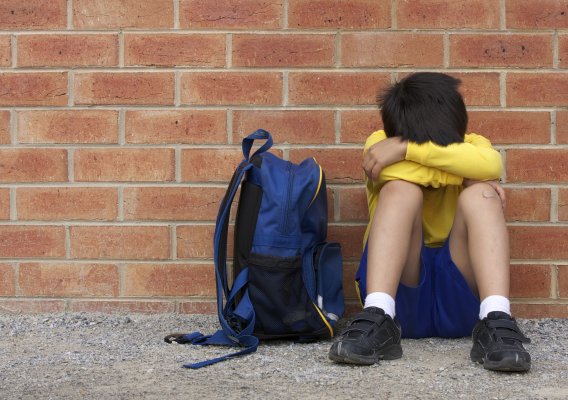 Fewer Kids Are Getting Bullied in School, Report Says
Next Up: Editor's Pick