Women May Fake Orgasms to Have an Actual Orgasm, Study Says

The mystery of the faked orgasm is no trivial issue: research suggests that up to 80 percent of women faking the big O. And everyone seems to have an opinion about why a woman would fake an orgasm.

On Masters of Sex, the fictional version of sex researcher Virginia Johnson informed William Masters that a women fake orgasms so they can back to other more important things. Sally explained to Harry that women were just faking orgasms to boost his ego—and demonstrated how easily women can do that—in When Harry Met Sally. Cosmo has given us a wide range of explanations, including insecurities about asking their partner for the things they really want.

Finally science has weighed in and it turns out that Virginia, Sally and Cosmo were all correct, according to a new study published in the Journal of Sexual Archives.

But that’s not the exciting part.

The recently released research revealed a novel and surprising reason for feigned ecstasy: some women may be faking orgasms in an effort to, well, orgasm. Researchers at Temple University and Kenyon College surveyed 481 sexually active heterosexual females who were not in serious relationships. You, know, members of the sort-of fake, overhyped college hookup culture.

According to the study, there were four main factors that influenced women to fake orgasms. Here they are ranked in order of prevalence:

1. Altruistic deceit — faking orgasm out of concern for a partner’s feelings

3. Elevated Arousal — a woman’s attempt to increase her own arousal through faking orgasm

Yes, it’s true. Women fake it for selfish reasons too. Those who participated in the study were more likely to pretend to have an orgasm in order to work themselves up to an actual orgasm than to stop sex altogether. If you believe in the power of positive thinking, the theory makes sense. If you envision yourself achieving a goal, you will achieve it. Plus, if faking an orgasm gets your partner more excited, seeing him excited may excite you.

One caveat: Earlier research indicates that women having casual sex, like the women in this new study are less likely to orgasm that those in serious relationships. Again, that makes sense, the more comfortable you are with a partner, the easier it is to communicate with them what turns you on and the easier it is to be selfish. It’s not surprise that women are reaching into their sexual toolbox to find more ways to arouse themselves. 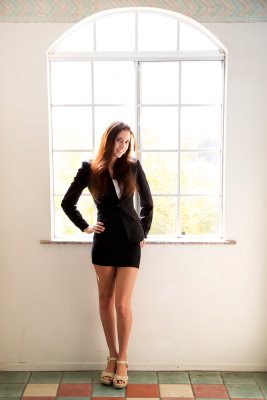