Why Women With Dense Breasts May Not Need More Screening

But the latest study shows that not all women with dense breasts may be at higher risk of cancer. In a report published in the Annals of Internal Medicine, Dr. Karla Kerlikowske, professor of medicine and epidemiology/biostatistics at the University of California San Francisco, and her colleagues provide much-awaited data on exactly what the risk of cancer is for these women.

The researchers studied 365,426 women 40 to 74 years old who had more than 831,000 mammograms total. They also had information on the number of breast cancer cases among the women within 12 months of their mammogram. When the team then applied different models for predicting which women would develop cancer—including just their dense breasts, or combinations of their dense breasts and evaluations of their five-year breast cancer risk with factors such as their age, race, family history of the disease, recent breast biopsy and breast density—they found that breast density alone was not a good indicator of cancer risk.

Dense breast tissue is determined by radiologists reading a mammogram and is relatively subjective. About half of the women in the study with dense breasts turned out to have low risk of developing cancer. And of those with higher risk, only 24% would have benefited from additional screening such as having an MRI or ultrasound. Overall, that means only 12% of the population of women getting screened by mammograms, including those with dense breast tissue, would need additional screening.

That’s a dramatic difference from the current practice, in which almost all women with dense breasts are advised to consider supplemental screening. In fact, 22 states now mandate that doctors who receive a report that their patient’s breasts contain dense tissue must discuss potential additional screening with their patients. A federal law requiring the same discussion is currently under review. Not all insurers cover this extra screening, however, which raises questions about how cost effective and useful it might be.

The latest results hint that the practice may not be justified. About 42% to 45% of women who get screened will have dense breast tissue, and “you can’t do supplemental screening for 45% of the population,” says Kerlikowske. “It’s just not realistic, neither from a time or cost standpoint.”

As the study shows, it’s possible to figure out which women with dense breasts are more likely to develop cancer by considering not just their breast density but other risk factors as well. “I think people right now are looking at the density report from the mammogram and not taking into account age and other factors,” says Kerlikowske. “But you can’t; you have to look at the risk factors together.”

If everyone with dense breasts received additional screening, 1,124 women would have to be screened to catch one potential case of cancer. By incorporating the other risk factors, that number drops to 694.

Now that Kerlikowske and her team have zeroed in on a way to identify the women with dense breasts at highest risk of developing cancer, they plan to look at whether MRI and ultrasound tests can help these women to avoid aggressive disease and live longer. 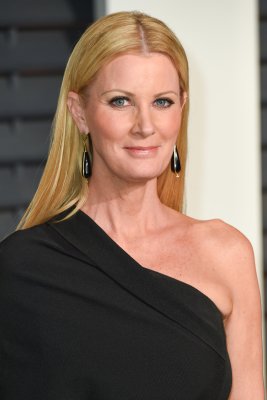