A 618-square mile section of Antarctica’s Larsen B Ice Shelf has been melting away and may disappear into the ocean entirely by 2020, according to a new study. The area is the last remaining section of a 10,000-year-old ice shelf that partially collapsed in 2002.

“These are warning signs that the remnant is disintegrating,” said Ala Khazendar, a researcher at the NASA-affiliated Jet Propulsion Laboratory (JPL). “Although it’s fascinating scientifically to have a front-row seat to watch the ice shelf becoming unstable and breaking up, it’s bad news for our planet.”

Researchers evaluated the rate at which the glaciers Leppard and Flask, the two primary glaciers that comprise the ice shelf, have been disintegrating in recent decades to estimate how much time the shelf has left. The rate at which they have flowed into the water has increased by more than 50% since 1997. The study, conducted by researchers from the University of California, Irvine, and the NASA-affiliated Jet Propulsion Laboratory, found that the glaciers have thinned by 65-72 feet since 2002.

The loss of this ice shelf will likely speed up the rate of sea level growth around the world. Ice shelves slow the rate that other ice enters the ocean and keeps sea levels from growing too quickly. 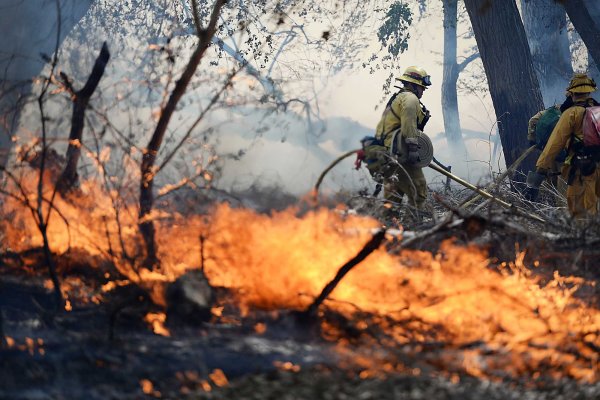 California Drought Increases Risk of Wildfires
Next Up: Editor's Pick