Video Game Music: 2014 GANG Apprentice Award Winner Explains How He Did It

I once aspired to write music for games. This was in 1995, and I’d submitted some sequenced tunes composed on a monstrously heavy 16-track Korg 01/W Pro X workstation to game developer Konami on a whim. The company responded with a letter asking for more, which I sent them, thinking this might be it — my big break. Instead, a few weeks later, I got a “thanks but no thanks” letter. I still have that rejection slip somewhere, typed on Konami letterhead with the company’s trademark orange and red logo.

Instead of swinging for the fences, I detoured to other pastures, but my closest friend then and now — a gifted Minneapolis-based pianist (and former college roommate) named P.J. Tracy who got me to buy that Korg and think about game audio in the first place — made music his vocation. He started off as a performing and session musician (he’s played with members of Prince’s band, Kid Jonny Lang & The Big Band and many others) and went on to do professional audio work for dozens of institutions. In 2008, he won an Emmy for a television spot with Minneapolis’ WCCO-TV (that’s him singing if you click the link). He’s been part of Sonic State’s pro-audio podcast scene for years and he’s had musical works performed at festivals and art centers around the world (including the Magma Arts Festival in Naples, Italy and the Boston Visual Music Marathon).

Last Thursday, March 20, having submitted a piece to a Game Audio Network Guild-judged contest for aspiring video game music composers, he won the guild’s 2014 Student/Apprentice award, hosted by GDC, for a clever little tune designed around a hypothetical 1970s-era sports game. You can listen to the piece below — it’s titled “Downhill! You Dig?” — as well as on his website.

I caught up with him this weekend on his way home from the show to ask him about winning the award.

You’ve been a working musician for almost as long as we’ve known each other. How did you get involved with GANG, and what led you to submit something this year?

Last April, I attended a conference sponsored by the American Composers Forum, of which I’m a member. It was titled “Game On” and covered the topic of composing for video games. On the first evening of the event, I had the privilege of hearing the Alpine Quartet perform some selections from the soundtrack to Red Orchestra 2: Rising Storm, composed by Lennie Moore. It was a very moving experience.

Two days later, I began studying adaptive composition with Lennie. Adaptive composing is the term the industry uses to signify the specialized techniques and methods that are required when writing for and implementing music in a video game.

I had been aware of GANG for some time, but Lennie Moore encouraged me to think about membership, and so I joined GANG last August as an Apprentice member. When Dren McDonald, head of GANG development, announced the Student/Apprentice competition, I jumped at the chance. I’ve been a working composer for many years, and I saw this as a chance to open a door (or at least a small window) into the video game community.

Tell us a little about the piece you wrote, what inspired it and how you went about creating it.

Those who chose to participate in the competition were given a brief for an imaginary game called “70’s Snow Sports!” This was supposed to be a game based on the Winter Olympics, but set in the 1970s. The game would be comprised of a set of mini-games, all of which would be one minute races: skiing, bobsled, speed skating, etc. The player would enter a bonus round that unfolded in 15 second increments if they scored well during the initial race. We were asked to write a one minute track, and a 15 second long looping track for the bonus round, as well as a stinger, which is a short piece that signifies the game has ended. The stinger has to work musically with both the main track and also with the 15 second bonus round piece.

Usually, I would have several conversations with a client to outline what they’re expecting musically. Music must convey the emotion that the developer wants a player to feel, and in a game, it has to dovetail with the gameplay aesthetic.

But GANG left the brief open to interpretation, and so I made the subjective assumption that a game called “70’s Snow Sports!” might be slightly campy, action packed and nostalgic. Given that, I drew upon musical references like Billy Preston, James Brown, game show themes and even the music for the PBS children’s program The Electric Company. I wanted to convey whimsy, humor and a sense of place while still driving the action inherent to this style of game, thus the track name “Downhill! You Dig?”

The GANG awards are probably the biggest audio-related event in gaming-dom. How do you feel about winning the Student/Apprentice award?

The amount of talent and level of professionalism in the game audio space is staggering. I am truly humbled and honored to be recognized by GANG.

What’s your strongest memory of music in a video game that opened your mind to the possibility of composing in this space?

The third level of Castlevania IV on the Super Nintendo! You and I played that game together, and I remember thinking “Wow, that’s some really funky and interesting jazz…and it’s happening in a horror adventure game!” The surreality of that moment stuck with me and made me intensely curious about the compositional possibilities of a medium that’s inherently about experimentation. I believe some of the best and most interesting music over the past 20 years has been video game music.

What are the challenges, in your experience, of composing music for games? Isn’t a central tenet the notion that your compositional grammar has to be almost endlessly broad?

Assuming that, as a composer, you have a strong musical vocabulary and a deep knowledge of current music production techniques, the real challenge is in the various and unique ways music is written for and integrated into a game. Music in many games responds dynamically to a player’s actions within a game.

For instance, if a player is exploring and chances on a handful of enemies, the music will transition to reflect the new danger. And if while fighting those enemies, a massive army appears, or a boss, the music should get bigger and more foreboding to reflect the new peril. The way in which the music reacts to the gameplay has to feel intentional and not pull the player out of the gaming experience. It must also reflect and reinforce what the game designer wants the player to feel — in this case, impending doom!

Game audio and music admiration tend to fall into more of a niche than recognition of graphical prowess, perhaps for the same reasons people identify a movie like Avatar with 3D but couldn’t name the film score’s composer. Do you think it’s this notion that visual technology continues to evolve more dramatically? Where do you see game audio going over the next decade?

I think it’s simple biology. Visual information has a higher priority in the brain. Gameplay is often strongly dependent on visual feedback. However, there are very good blind and visually impaired gamers. I am visually impaired, and consider myself to be a pretty good gamer. That said, most games would be hollow without the incredible audio design and music. Your brain winds up swimming as much in the aural as the visual.

There are many interesting concepts emerging in games. For instance, audio games like Papa Sangre II. These games have no visual component at all, and require the player to navigate vast environments through the use of audio cues. These games are both challenging and incredibly fun!

You’ve had to struggle with some interesting challenges over the course of your career: you can’t drive, and when we were music students, you had to learn classical pieces from recordings instead of reading sheet music.

As I mentioned, I’m visually impaired, but I’ve never let that concept define me or limit my aspirations. I love both composing and performing music, and I’m passionately driven to pushing my own creative and professional boundaries. I often compose for visual media, for instance, and one of the advertisements I wrote the music for wound up winning an Emmy award, so I’ve been very fortunate to be able to transcend what I or others might have expected I’d be capable of.

Are there any composers in this industry of whom you’re a particular fan or that inspired you? Any less well-known composers you feel deserve broader recognition?

What’s your next step after winning this award?

I have a bunch of upcoming shows with my instrumental band, Tortuga!, and I plan on connecting with the new friends I’ve made at GDC, and, hopefully, working with some of them to create amazing and inspiring new gaming experiences. 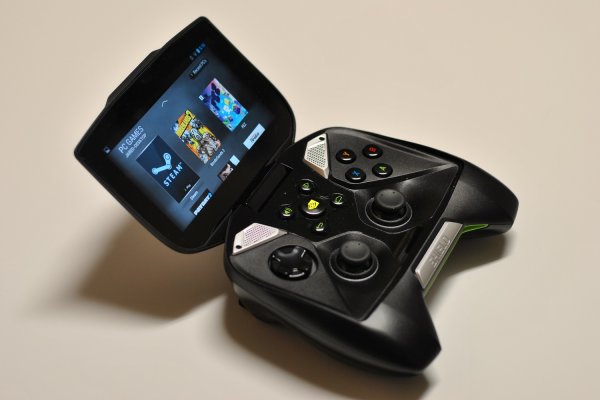