Autism Can Start During Second Trimester of Pregnancy

While autism is almost certainly the result of a combination of contributing factors, from genes to environmental exposures such as pollution, scientists say some of those influences may start during pregnancy.

In a report published in the New England Journal of Medicine, researchers found that the brains of autistic children showed differences in certain regions that normally develop in the second trimester of pregnancy.

Working with autopsy brains of 11 children with autism and 11 children without the disorder who were between the ages of two and 15 years, the scientists focused on 25 genes responsible for specific nerve cell types in the outer layer for the brain, what’s known as the cortex.

MORE: Autism Rises: More Children than Ever Have Autism, but Is the Increase Real?

“The outcome was fascinating,” says Ed Lein, one of the co-authors of the paper and an investigator at the Allen Institute for Brain Science. “The regions seemed to correspond to the functional symptoms of autism.”

They found that genes that coded for certain excitatory neurons, for example, were not expressed as robustly as they should have been. And these cell disruptions were often in exactly the areas that correlate with autism symptoms – parts of the brain responsible for functions such as communication and interpreting social cues.

MORE: Brain Imaging Could Detect Autism Risk in Infants as Young as 6 Months

In 10 of the 11 autism brains, the researchers found patches of abnormal gene expression, which they discovered in only one of the 11 control samples. And Lein says the disruption may actually be more widespread than he and his colleagues could document, since they only analyzed tiny pieces of the cortex.

The changes very likely occur prenatally, said Lein, a developmental neurobiologist, since these parts of the cortex are generally laid down in the second trimester. That suggests that at least some of autism’s origins may emerge in the womb. But how these factors interact with other, environmental contributors isn’t known yet.

It’s also unclear whether the autistic brains were deficient in the cells that expressed the genes in question, or whether the cells were there but not functioning properly. Figuring that out could lead to new potential treatments or even reversing the changes. “In principle, this could lead to earlier diagnosis and allow us to take advantage of normal parts of the cortex to rewire the brain with appropriate early behavioral interventions,” says Lein.

Some studies already suggest that such behavior therapies, if begun early enough, can change the brains of autistic children to become more similar to those of normal children. What the current study confirms is that it’s never too early to start. 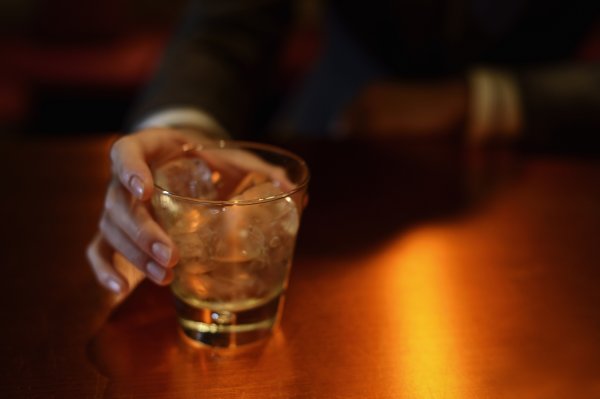 Smartphone App Helps Alcoholics In Recovery
Next Up: Editor's Pick