How Human Bones Have Changed—For the Worse

We’re definitely heavier than we’ve ever been — about two-thirds of adults are now overweight or obese — but our bones aren’t as strong as those of our forebears. In fact, they’re not even as strong as the bones of our closest living relatives, the chimps.

What caused this thinning of modern man’s skeleton? We could blame our shift from hunter-gatherer lifestyles to a more sedentary way of life, and the ensuing change in our diet. Or we could place the blame on modernization, pointing the finger at buggies, cars, planes, trains and other technological advances for keeping us off our feet and less mobile.

MORE: Milk Might Not Save Your Bones, Study Says

A report in the Proceedings of the National Academy of Sciences may provide some answers. Researchers led by Christopher Ruff, professor in the center for functional anatomy and evolution at the Johns Hopkins University School of Medicine, and his colleagues decided to find out which force was responsible for driving the lightening of our bones. Using bone samples from 1,842 people collected from all over Europe from the Paleolithic period (11,000 to 33,000 years ago) to the 20th century, they found that the biggest shift in bone strength came with the move from a hunter-gatherer way of living to an agricultural one. The move to more settled and permanent living arrangements had a dramatic effect on changes in the human skeleton. Since that time, the bones of Homo sapiens have remained relatively similar.

Ruff’s team looked at the long bones in the legs and arms, and used arm strength as a control. Any changes in mobility would be more likely reflected in the leg bones, specifically in their front-to-back bending strength. These are the parts of the legs that would show the most adaptation to walking, running and any forces provided by movement. During the Mesolithic era, 10,000 years ago, homo sapiens gradually began settling in villages and adopting a more sedentary lifestyle, and leg bones reflect this change with a decline in strength. The side-to-side strength of the leg bones changed little in this time. Arm bones also didn’t change much in strength, suggesting that it wasn’t something like diet driving the decline, but the lack of mobility that was likely responsible for the lightening of the bones.

This drop in bone strength in the lower limbs remained constant throughout the Iron Age and the Roman era, he says, and into the 20th century. That implies that urbanization, and the domestication of horses for transport and the invention of the car had little effect on the bone strength of modern man — certainly not as much as the shift to an agricultural way of life. “It was really becoming settled and living in villages and towns and agriculture that really had the primary effect on bones,” says Cullum.

That doesn’t mean, however, that our bones can’t regain some semblance of their former robustness. Bone strength is dependent on use, and that’s evidence in tennis players and baseball pitchers, who show dramatically stronger bones in their swinging or pitching arms. “Bone still have the ability to respond to more force on them,” says Cullum. “It’s not like there has been some genetic change that we can’t do anything about that has lightened the bones.” But it does take consistent and weight-bearing exercise to spur bone strength — which might be worth the effort if it helps us avoid fractures and osteoporosis. 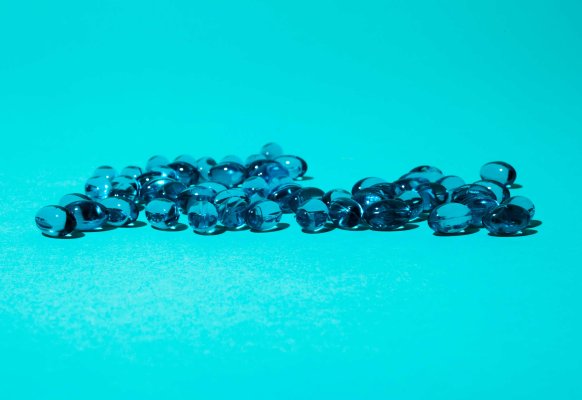 Many Probiotics Contain Traces of Gluten, Study Says
Next Up: Editor's Pick