While there may be more questions than answers about how best to protect football players from the effects of concussions, there’s more data suggesting that the negative effects of head injuries can be long lasting.

In the latest report, one of the first to combine both anatomical screening of the brain with performance on standard memory and cognitive tests, researchers found that retired NFL players who suffered a concussion may continue to experience cognitive deficits many years later.

Munro Cullum, a professor of psychiatry and neurology at University of Texas Southwestern Medical Center, and his colleagues report in JAMA Neurology that having a concussion, and in particular losing consciousness after a concussion, can have long-lasting effects on the brain. The team studied 28 former NFL players, all of whom had a history of concussion, who were compared to 21 matched volunteers who did not have a history of concussion. Eight of the retired players were diagnosed with mild cognitive impairment (MCI), which meant they had some deficits in memory but weren’t prevented from living their daily lives by these changes, and they were compared to six participants with MCI who did not have a history of concussion.

MORE: How Concussions Can Lead to Poor Grades

Overall, the retired players performed worse on average on standard tests of memory than health controls, suggesting that their history of concussion affected their memory skills in some way. This was supported by imaging data of the hippocampus, the region in the brain responsible for coordinating memory. On average, the athletes showed smaller hippocampal volumes than the controls. (The scientists did not, however, collect data on the player’s hippocampal volume before the concussion, although the comparison to the non-athletes suggests that the concussions may have influenced shrinkage in this region.) The volumes of retired players who were knocked unconscious after a concussion were even smaller than those of healthy controls, and the same was true for the athletes with MCI when compared to non-athletes with MCI.

MORE: Judge OKs 65-Year Deal Over NFL Concussions That Could Cost $1B

The findings don’t address another big question in the field, which is how best to treat people who have had a concussion. The data is conflicting on how much rest following a head injury is ideal; most experts recommend a day or two and then gradual return to normal activities, with a break if symptoms like headaches and dizziness return.

While Cullum says that most patients with concussions recover completely within weeks of the injury, football players may be at increased risk of longer lasting cognitive deficits because of their repeated exposure to the danger. And that risk increases if they lose consciousness following a concussion. Documenting concussions and any blacking out afterward is critical for helping future physicians to manage the care of someone with such head injuries, he says. 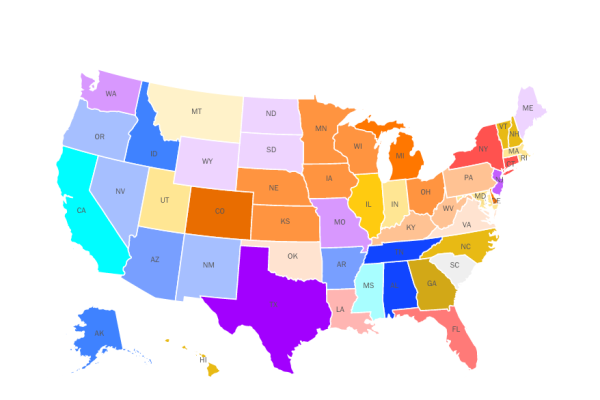 The Surprising Ways Americans Die in All 50 States
Next Up: Editor's Pick