When TIME spoke to Christina Aguilera earlier this year, she mentioned that she missed the Grammys in order to meet a deadline for a soundtrack. Her contribution to Finding Neverland The Album, out June 9, may have been what kept her busy in the studio. Aguilera’s rendition of “Anywhere But Here” from the Broadway musical about the man behind Peter Pan, premiering at TIME today, rounds out a new companion album of re-imagined Finding Neverland songs from John Legend, Jennifer Lopez, Jon Bon Jovi and others.

Glee’s Matthew Morrison performs the song as the opening number in this stage adaptation of the 2004 film, but Aguilera makes the song her own with an interpretation that recalls the many emotional piano ballads she’s recorded throughout her career. Hear her take on the song in the lyric video, above. 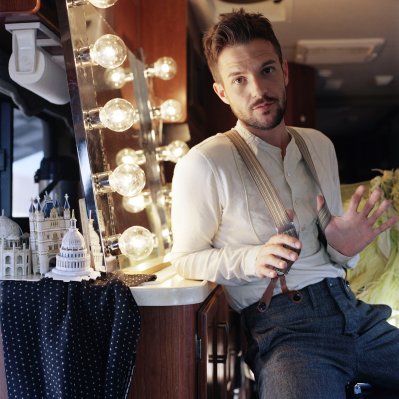 Brandon Flowers on His New Album: 'I'm Still Proving Myself as a Solo Flier'
Next Up: Editor's Pick