A new study reveals that many popular probiotics contain traces of gluten, which is worrying for people who may have allergies.

Researchers at the Celiac Disease Center at Columbia University Medical Center analyzed 22 popular, high-selling probiotics and found that more than half of them (55%) contained gluten, according to research that will be presented on May 16 at Digestive and Disease Week in Washington DC.

“We see a lot of patients [with celiac] and we have a lot of patients who have it and don’t feel better,” says Dr. Peter Green, professor of medicine and director of the Celiac Disease Center. “We found previously that about 25% of celiac patients use supplements or non-traditional medical products, and probiotics were the largest and most frequently consumed. Those people [who used probiotics] had more symptoms compared to people who weren’t taking these supplements.”

Green says that data and the recent news revealing many supplements do not contain what they list on their labels prompted his team to look into the ingredients of probiotics. Using a detection technique called liquid chromatography-mass spectrometry, the researchers measured the quantity of gluten in the probiotics.

In general, for a product to be labeled “gluten-free,” the study authors note that gluten needs to be less than 20 parts per million. Their data show that most of the probiotics that contained gluten had less than that, but four brands contained more than the threshold. More than half of the probiotic brands tested by the researchers claimed to be gluten-free on their label.

Green says it’s unclear whether trace levels of gluten could be harmful for someone with celiac disease. “It hasn’t been very well studied how much gluten will cause symptoms,” he says. “But why is there any gluten in these products, and why aren’t these better regulated? People have great faith in natural products, and that’s why a lot of people eat probiotics. They should be studied and they should be regulated.”

If you have celiac disease, approach probiotics with caution, Green says. In addition to possible gluten contamination, we still don’t definitively know the benefits or harms of taking probiotics, he says. “Probiotics may turn out to be beneficial to individuals with different conditions, but to my mind, that has not be shown,” he says—and for someone with a gluten allergy, a probiotic with the ingredient could potentially be harmful. 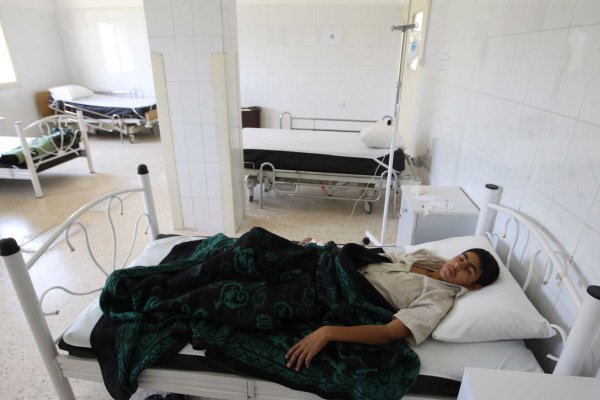