This Robot Learned to Make a Salad by Watching YouTube

Julia Child taught a generation of Americans how to cook gourmet French cuisine by breaking it down into simple steps that anyone could follow. A robot named for her at the University of Maryland took a similar approach when it taught itself to make a salad.

Using pattern recognition software designed by the interdisciplinary robotics team at the College Park campus, Julia the robot watched YouTube videos of people making salads to learn the steps, from cutting vegetables to tossing the ingredients and even pouring the salad dressing at the end.

Surprisingly, it was that last step that proved the most difficult, since dressing doesn’t always come out evenly and the robot does not yet have good feedback mechanisms to know when too little or too much is coming out. Even taking the cap off the bottle proved challenging.

Computer science professor Yiannis Aloimonos said the team chose cooking because it is something that everyone understands how to do but which is actually challenging for a robot to learn. But the lessons they’ve learned in programming Julia could be applied to just about any human activity, from stocking shelves to working on a factory floor.

“If you can work in the kitchen with your hands and do things, basically you can do almost anything else,” he said.

So far, Julia has made tomato salads, fruit salads and even a tuna salad that required some tricky work spooning out the mayonnaise. Aloimonos, who moved to the U.S. from Greece in 1982, said they’re now working on a Greek salad, but not just because he likes them.

“The objects that are involved—tomatoes and cucumbers—are not easy to cut and manipulate, and then you have soft things like feta cheese and oily things like olives,” he said. “It’s a challenge to put them all together at the same time.”

The robot was purchased with an educational discount from Rethink Robotics for about the price of a small car. Cornelia Fermüller, a research scientist at the university, developed the pattern recognition software to allow it to learn from watching YouTube—a process she compared to learning how to speak a language.

For now, it’s a language that Julie speaks at only a basic level. But there’s always more YouTube videos to watch.

“I don’t think that we’ll get to that gourmet level soon,” Fermüller said. 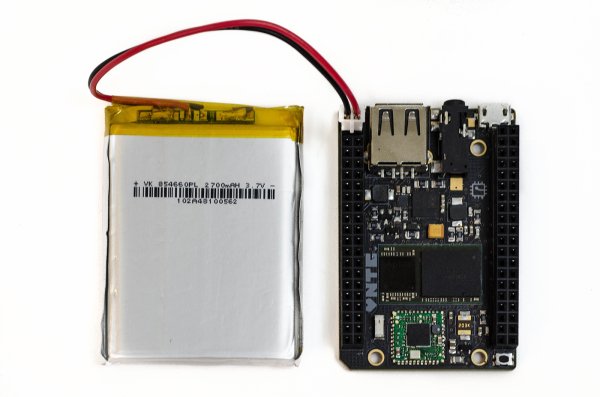 Here's What You Could Do With a $9 Computer
Next Up: Editor's Pick