The Islamic State of Iraq and Greater Syria (ISIS) released an audio message Thursday purportedly from its leader, Abu Bakr al-Baghdadi. If confirmed, this would be the first time Baghdadi has spoken out since November. There were numerous reports earlier this year that he was seriously injured in an air strike.

It lasts for 33 minutes and calls for Muslims to emigrate to ISIS’s self-proclaimed caliphate in Iraq and Syria, saying it is a duty to join or take up arms wherever they are.

“There is no might nor honor nor safety nor rights for you except in the shade of the caliphate,” the speaker says.

Among those infidels are the leaders of the Gulf countries and Saudi Arabia, referred to as “guard dogs” and “apostate rulers” in the message.

Analysts have noted that the recording must have been made in the last seven weeks because the speaker mentions the Yemen conflict which began at the end of March.

The Arabic message is entitled “March Forth Whether Light or Heavy” and appeared on several websites with translations in English, French, German, Russian and Turkish.

Read next: Why ISIS can survive without Baghdadi 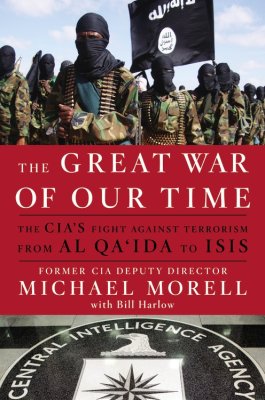 ISIS Is a Danger on U.S. Soil
Next Up: Editor's Pick