Nebraska Has Ordered a State of Emergency Over Bird Flu

The declaration opens up emergency funding in the hopes it can help contain the pathogen that now threatens what is, according to local officials, a $1.1 billion poultry industry in Nebraska.

“While not a human health threat, the discovery of avian influenza is a serious situation for our poultry sector, and I want to provide responders with access to all appropriate tools to address it,” said Ricketts in a statement.

The proclamation follows similar actions taken in Wisconsin, Minnesota and Iowa. More than 33 million birds in 16 states have now been affected by the outbreak, which originated in a small backyard flock in Oregon.

The outbreak has hit Americans’ pocketbooks as, the Associated Press reports, the price of large eggs in the Midwest rose by 17% since mid-April and other price increases are being seen in turkey, boneless breast meat and mixing eggs. 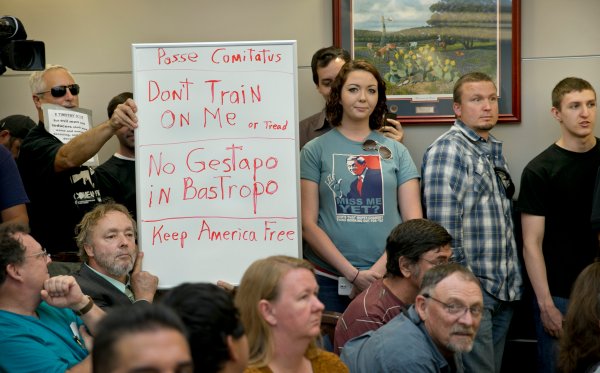 Relax, Texas: The Feds Aren't Invading
Next Up: Editor's Pick