Jon Hamm as Don Draper and Linda Cardellini as Sylvia Rosen on "Mad Men," Season 7B, Episode 9.
Courtesy of AMC
By Sarah Begley

Don Draper has been with a lot of women on Mad Men, but his affair with neighbor Sylvia Rosen (played by Linda Cardellini) was one of the most memorable: It was even more tinged with guilt and questions of morality than many of his other liaisons, and Sylvia’s somber distance made for a good foil to Don’s then-wife, Megan. When we see Sylvia again in the second part of Season 7, in an elevator with her husband, Don and Diana, it’s obvious that the dalliance had effects on her marriage—but also that life more or less went on for both of them.

We caught up with Linda Cardellini ahead of the finale to talk about the end of Mad Men.

TIME: What was your favorite scene to shoot on Mad Men?

Linda Cardellini: The hotel stuff, when he locks me in the hotel—that was really fun to shoot because it was so out of the norm for both of them. John Slattery was the director, and I knew him from working on a film called Return. He was one of the only people I knew when I came to Mad Men. He’s smart and funny and kind, and he’s a great actor and he’s a good director too. I definitely felt more vulnerable doing that episode—except for when Sally is supposed to walk in on the two of them, I think those are two of the most vulnerable scenes. One of my favorite scenes, too, is with the phone call to Don before he helps Mitchell.

Was Jon Hamm actually talking to you during that scene?

Yeah, he is literally talking to me. Sometimes in the room, sometimes on the line, but you’re never on your own.

In the episode where Sylvia is waiting for Don in a hotel room, she reads The Last Picture Show. Did you read it while you were working on the scene?

Oh, I was definitely reading it while I could. Larry McMurtry is one of my favorite writers—he wrote Lonesome Dove, so it came full circle for me.

Did Matt Weiner have a meeting with you as you started on what he had in mind for Sylvia?

Yeah, he did. I think I had one line at the end of the first episode I was in, and he said, “Don’t worry—great things are coming.” So from then on, I trusted him. But we talked a lot about Sylvia. Every chance I could get I would ask him questions to discover who she was.

How does it work to audition for a character like that when Weiner is so secretive about what happens?

You audition with scenes and sides that have nothing to do with, and give away nothing about, your character.

And the scenes never end up on the show?

I love that your character is a vessel for the show to deal with the theme of religion. Was that interesting for you?

Definitely. Her cross on her neck was something that she always wore. She’s very judgmental with Megan when Megan thought she was pregnant—it just goes to show what a hypocrite she can be.

Did you grow up with religion?

Yeah, I grew up Catholic.

I think everybody knows people who pretend to be one thing and are something else. I don’t know that it necessarily is something that’s just about religion, I think that happens with people in general. People lie. People are disloyal. It’s funny, because it’s something that we deal with in Bloodline as well. The catchphrase for that is, “We’re not bad people, but we did a bad thing.” I feel like that’s something Sylvia feels, too. I don’t know if she necessarily thinks she’s a bad person. At times she grapples with herself, but she gets over it and moves forward.

Is there a character you wish Sylvia could have interacted with?

No—I love the way that she’s separate from the rest of Don’s world.

But surely there are actors you must have wanted to work with.

Oh sure, I’m a huge fan. I’d already worked with Jon, and I worked with Vincent [Kartheiser] when I was younger, too, in a movie with Andy Garcia called The Unsaid. But I would have loved to work with Peggy or Joan or Betty—they’re just such great characters.

What are your plans for viewing the finale?

I just want to watch it somewhere where it’s quiet and I don’t miss anything! I’m so excited to see the end of it. When I was on the show, even the episodes that I wasn’t in, they invited me to the table reads, and I didn’t want to go, because I love the element of surprise. You’ve been with the characters for so long, you feel like you know them, and to be able to see what’s going to unfold for them—I want to be surprised. 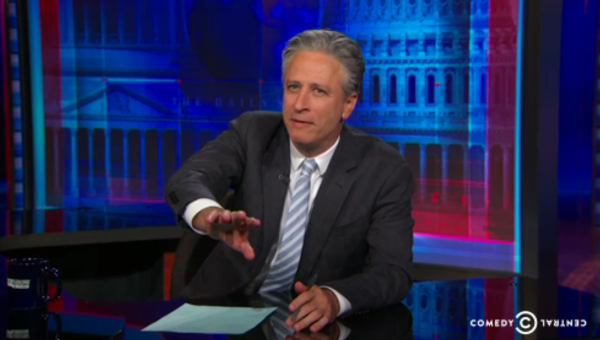